And if The New York Times-Democrat says it, it must be true:

The Congressional Budget Office said Tuesday that the Supreme Court decision on President Obama’s health care overhaul would probably lead to an increase in the number of uninsured and a modest reduction in the cost to the federal government... 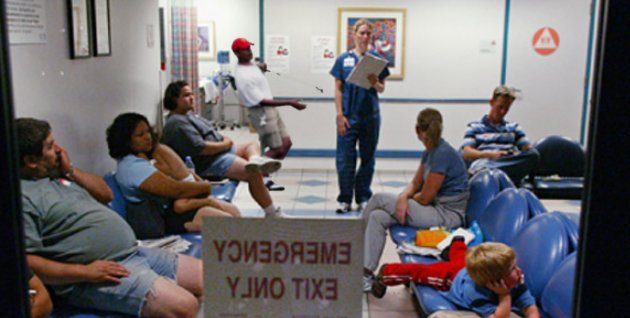 ...As a result, the budget office said, it now predicts that six million fewer people will be insured by Medicaid, the federal-state program for low-income people. But half of them, it said, will probably gain private insurance coverage through health insurance exchanges to be established in all states.

On balance, the budget office said in a new report, “about 3 million more people will be uninsured'’ in 2022.

Let me predict the spin that liberals will use on their latest debacle. I'm going with "unforeseen circumstances". That seems to get bandied about whenever the central planners' schemes go awry.

"'Unexpected' changes in the economy have caused the now 3.2 Trillion dollar cost of the Affordable Care Act."
---NYT 2016

What's to spin? It's right there clearly for all to see, oh great spinmeister:

The report estimates that 53 million people are now uninsured and that 60 million would be uninsured in 2022 if the law was repealed, as Republicans in Congress have proposed.//

There are already many people who are not insured and its sad that their numbers would still grow. The government should also think of the majority of the people and not only those who could afford insurance.