Just when you think the most lawless attorney general in U.S. history has hit bottom, Eric Holder breaks out a jackhammer and starts digging through the foundation. 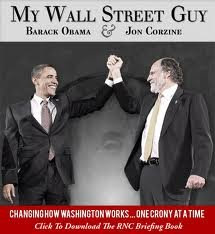 Those wondering why the Department of Justice has refused to go after Jon Corzine for the vaporization of $1.6 billion in MF Global client funds need look no further than the documents uncovered by the Government Accountability Institute that reveal that the now-defunct MF Global was a client of Attorney General Eric Holder and Assistant Attorney General Lanny Breuer’s former law firm, Covington & Burling.

...Until now, the conventional wisdom for why Holder wouldn’t throw the book at Corzine was that Corzine is an Obama campaign bundler. Indeed, as Breitbart News reported, four of the top officials at the Department of Justice--Eric Holder, Thomas Perrelli, Karol Mason, and Tony West--were also big money bundlers for Obama...

...At least 65 members of Congress have already signed a letter to Attorney General Eric Holder requesting that he appoint a special prosecutor to investigate MF Global’s collapse and the loss of $1.6 billion in customer money... 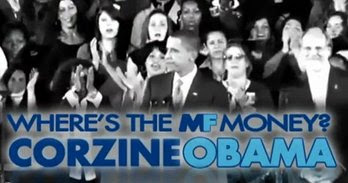 ...What’s more, even progressives have begun to wonder whether Holder’s Covington & Burling connection explains why the Department of Justice has not charged, prosecuted, or jailed a single Wall Street executive after the biggest financial collapse in American history...

...More and more Washington insiders are asking a question that was considered off-limits in the nation's capital just a few months ago: Who, exactly, is Attorney General Eric Holder representing? As scandal after scandal erupts on Wall Street, involving everything from global lending manipulation to cocaine and prostitution, more and more people are worrying about Holder's seeming inaction -- or worse -- in the face of mounting evidence.

The only jobs Obama appears to be creating are roles for special prosecutors.

It's always enlightening to look back on the Republicans who supported Holder -- over the warnings voiced by conservatives who had actually researched his egregious track record. Thanks to Michelle Malkin, their names will be etched in history and include:

They deserve the ridicule, the blame and the shame they've brought upon themselves and this country.

Eric Holder is a disgrace. In a just, lawful society, he would have been impeached long ago.

Every day, another sharp stick in the eye. Every. Single. Day.

I just did a quick google search. Not one MSM outlet has mentioned this scandal. Not surprising.