Eric Holder, prior to assuming the position of attorney general, was a partner at the law firm of Covington and Burling. The firm is infamous for its pro bono defense of Al Qaeda terrorists caught on the battlefield: 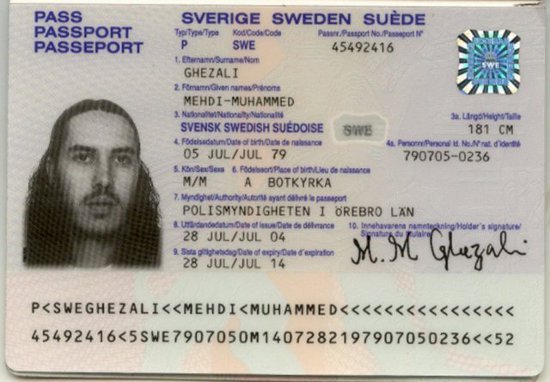 In fact, no less than nine attorneys in the Holder Justice Department have been involved with defending Islamist terrorists from prosecution. 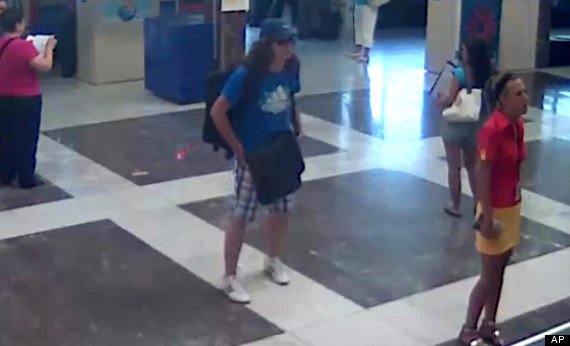 And, as expected, it would appear that Israeli civilians have paid the ultimate price for this kind of treasonous madness.

According to a report by The Times of Israel, Bulgarian media named Mehdi Ghezali, a Swedish citizen and former detainee at Guantanamo Bay from 2002 to 2004, as the suicide bomber responsible for an attack in Burgas, Bulgaria, on Wednesday... On Wednesday, eight people were killed when a suicide bomber attacked a bus carrying Israeli tourists in Bulgaria. According to The Long War Journal, Mehdi Ghezali was arrested in Pakistan in December 2001. His lawyers claim he was caught in the wrong place at the wrong time, The Weekly Standard reports.

Attorneys at Covington and Burley (and other firms at which current DOJ attorneys worked) are reported to have counseled prisoners at Gitmo to allege mental and/or physical abuse: 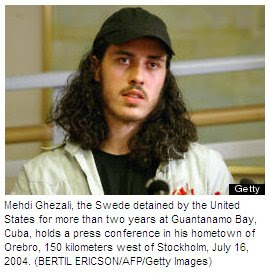 With a black baseball cap pulled tight over a mop of stringy long hair and a patchy, close-cropped beard, Mehdi-Muhammed Ghezali looked more like a Metallica roadie than a disciple of Ayman al-Zawahiri. He addressed the scrum of reporters in a clipped, heavily accented Swedish and accused the American government of wrongly detaining him for three years and "physically and mentally" torturing him. A book about his experiences was in the works; a documentary crew, cobbling together a film about American human rights abuses, had requested an audience; and his legal team was plotting a lawsuit against Donald Rumsfeld. It was 2004, and Ghezali was a free man. Sweden's The Local reports that documents released by WikiLeaks show Ghezali was held at Guantanamo to "give general and specific information of the cultural, religious and ethnic recruitment of foreign nationals participating in the Hajj pilgrimage in Saudi Arabia."

According to documents released by Wikileaks, Mehdi was considered an extremely dangerous character and "posed a threat to the United States, its interests, and its allies." 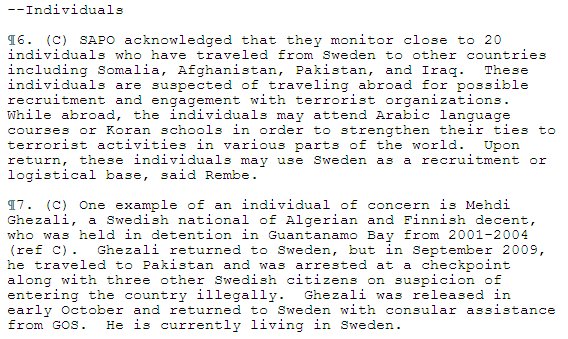 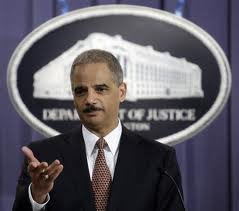 ATTORNEY General Eric Holder toured Guantanamo Bay this week, a “fact finding” visit prompted by President Obama’s “close Gitmo” order... Holder’s previous job, after all, was as a senior partner with Covington and Burling – a white-shoe DC law firm that devotes considerable pro bono time to defending the Gitmo detainees. The job paid $2 million a year, and he expects to collect a like amount this year as part of his separation package. As a senior partner, he undoubtedly had significant input on what kind of charity cases his firm picked up. He surely knew that dozens of lawyers from from his firm were among the 500-plus civilian lawyers representing the 244 or so remaining detainees (on top of military-court-appointed defenders). Even now, his Covington colleagues continue to allege rampant torture at Gitmo. They’re fighting hard to have detainees tried through the US court system – essentially given the same rights as US citizens. And their arguments and plans hinge largely on having Holder issue a bad report card.

In part, thanks to the efforts of U.S. attorneys -- very likely including Eric Holder himself, his law firm, and/or other DOJ radicals hired by Holder -- Ghezali was released from Guantanamo and arrived in Sweden in 2004. My only question: how much more skulduggery will Eric Holder have to commit before the House leadership gathers the courage to impeach this disgraceful human being?

I'm in favor of closing Gitmo too...but only after every single one of its denizens are hanged.