Obama Administration Poised to Unleash One Final Strike on Israel

A week and a half ago President Obama gave the order for the U.S. to abstain on UN Security Council Resolution 2334, thereby—effectively—voting in favor and allowing the resolution to pass.

As I noted, the resolution goes beyond “moral equivalency” by obfuscating Palestinian terror and incitement while branding Jewish life beyond the 1949 Armistice Lines a “flagrant violation under international law” and a “major obstacle…to peace.”

But the administration wasn’t through with Israel.

A few days later, with the Middle East aflame from Yemen to Iraq to Syria to Libya to Sudan and Iranian expansionism on the march, Secretary of State Kerry delivered a 75-minute harangue against what he called Israel’s “pernicious policy of settlement construction that is making peace impossible.”

Critics have noted that—in the real world—Israeli construction in settlements under the recent Netanyahu governments has been so modest that it has not affected the Israeli-Palestinian population balance in the West Bank; and that if any and all Israeli presence beyond the 1949 Armistice Lines is “illegal,” then the idea of a “peace process” to settle claims over disputed land appears to be invalidated, since Israel is then nothing but a rapacious thief and the Palestinians its victims seeking redress.

As international-law scholar Eugene Kontorovich notes in the Washington Post: 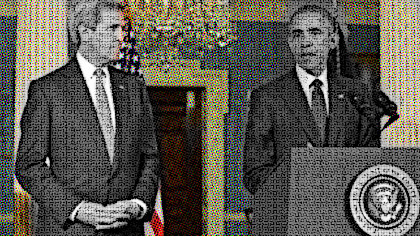 The…condemnation of any Jewish presence whatsoever in eastern Jerusalem and the West Bank is a unique rule invented for Israel. There has never been a prolonged belligerent occupation—from the U.S. occupation of West Berlin to Turkey’s ongoing occupation of Cyprus to Russia’s of Crimea—where the occupying power has blocked its citizens from living in the territory under its control. Moreover, neither the United Nations nor any other international body has ever suggested they must do so. What is being demanded of Israel in its historical homeland has never been demanded of any other state, and never will be.

The Obama administration’s stepped-up diplomatic and verbal assault on Israel in the last weeks of its tenure has not gone unnoticed, sparking bitter criticism even from Democratic lawmakers and mainstream American Jewish organizations that are far from any right-wing agenda.

But the extent to which the administration listens to such protests, or can be budged from its wholesale endorsement of Palestinian claims regarding the West Bank and Jerusalem, can be gauged from the fact that the Obama-Kerry team has still more in store for Israel.

It’s set to take place in Paris on January 15, under the aegis of the Hollande government, and it’s expected that some 70 countries will be attending.

The ostensible subject: “Middle East peace.” The translation: more invalidation of any and all Israeli claims to land captured from Jordan (not the Palestinians) in a defensive war in 1967, and more support for what—under present circumstances—would almost certainly be a Palestinian terror state in that territory.

American Jewish leaders have demanded that France call off this “ill-conceived, poorly timed and damaging” event, also pointing to “the impending transition to a new US administration, just five days later.”

But according to The Times of Israel, that—the Obama administration’s exploitation of its last days in office to do more harm to Israel—is exactly what Prime Minister Netanyahu is concerned about.

The Times of Israel cites an Israeli news broadcast saying Netanyahu believes the Middle East Quartet—which includes the U.S., UN, Russia, and the EU—“will coordinate positions at the Paris summit, and then return to the Security Council in the very last days of Obama’s presidency to cement these new parameters on Mideast peacemaking.”

“Cement these new parameters” would, of course, mean another Security Council resolution that is ruinous to Israel’s stance in favor of a negotiated settlement, tars it as a rogue state and international outlaw, and gives another major boost to the ongoing international effort to delegitimize and ultimately dismantle the Jewish state.

The Obama administration that came into office calling for “daylight” between the U.S. and Israel and slamming “natural growth” in Israeli communities, will be leaving office having learned nothing about the real sources of Middle Eastern violence and instability, Palestinian intransigence and outright rejection of Israel in any contours, and Israel’s unique nature in its region as a stable, faithfully pro-U.S. democracy seeking a genuine peace that would not merely imperil it.

Instead the administration appears bent on compounding ignorance and incorrigibility by cementing a lasting legacy of shame.

This is an acknowledgement that in fact the Khalidi tapes were important. The LA Times colluded to keep pertinent facts from the American people and now their perfidy allows this fruit to grow.