IN LESS THAN A WEEK: POTUS Enacts 6 of the Top 10 Immigration Enforcement Actions

As the Trump Administration rolled out the new orders on immigration enforcement yesterday, we at NumbersUSA noticed a lot of very familiar ideas.

They were on our list of the 10 most important actions needed to reduce the current and future illegal population of the country. We assembled the list last summer. We looked over the dozens of actions that would be helpful and chose 10. We then arranged them in order of which ones would have the most impact on the reduction.

First, here is the statement I put out to the nation's news media yesterday:

I am sure that nearly all of the 8 million members of NumbersUSA's online network applaud Pres. Trump's immigration actions today that fully or partially address six of our '10 Steps to Fix Our Broken Immigration-Enforcement System.' We understand that the President may sign at least one more action soon that addresses a seventh of those steps.

We introduced this "10 Steps" list last Aug. 3 as representing the most effective actions to eliminate the threats that illegal immigration poses to American workers and their families. So, we are thrilled that during the first week of the new Administration, the majority of the steps already have been ordered.

We are mobilizing our network to begin contacting their Members of Congress on Thursday morning, urging them to support Mr. Trump's announced actions and to pass legislation for the most important step on our list: mandating that all employers use E-Verify to ensure that all U.S. jobs go to U.S. citizens and to legal immigrants already here. This step requires congressional action and represents the single most important step in providing relief to the most vulnerable Americans."

Unfortunately, the three most important actions have not been addressed yet. Two of those will require action by Congress. 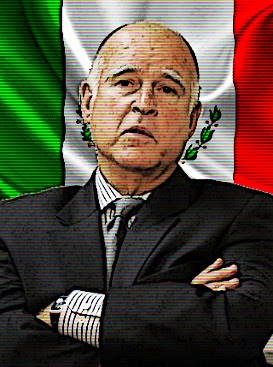 When I first emailed this list to our online members, I noted that we were deliberately titling our list with a phrase very common to one used by immigration expansionists. When you hear politicians talking about "fixing our broken immigration system," you can be pretty sure that what they really want is to dismantle enforcement and make it easier for employers to access cheap, foreign labor.

But for those who truly care about the harm that illegal immigration poses to American workers' incomes, to national security and to public safety, it's the immigration ENFORCEMENT system that needs fixing.

There are a lot of ideas out there about what is needed to fix that system. We believe these 10 actions listed below would do more than any other to limit new illegal migration and to reduce the size of the current illegal population at the lowest cost to taxpayers and least disruption.

We prepared this draft list from the collaboration with our staff lawyers and other Capitol Hill specialists who have deep experience with law enforcement and immigration legislation.

We will certainly keep you informed of developments related to this list. We will also continue to provide our members with ways to encourage the rapid implementation of everything on this list.