How’s that hope and change working out?

(NJ.com) The greatest terrorism threat facing New Jersey is likely already here, according to an annual counter-terrorism report that found domestic attacks across the U.S. were on the rise.

The 2017 “threat assessment” from the state Office of Homeland Security and Preparedness ranks homegrown violent extremists as the single-highest threat to the New Jersey, months after the Garden State saw its first major terror attack since 9/11 with bombings allegedly carried out by an Elizabeth resident.

Chris Rodriguez, the office’s director, said that incident shows “the public is really on the front lines” in an era of lone wolf assaults.

The report, which was declassified and released by the office on Tuesday, found homegrown violent extremists — defined as those inspired by foreign extremist groups but radicalized in the countries where they live — were the only category presenting a “high” threat level to the state.

Remember all the freakout about the “Sovereign Citizen” movement, and concerns about attacks on Muslims and the gender confused and such? Remember when the DOJ painted Conservatives as dangers? Well, the people we told you were a danger, those who become hardcore radical Islamists, are still the danger.

John Cohen, a Rutgers University professor and former official at the federal Department of Homeland Security, told NJ Advance Media the report’s findings are “in line with what we’re seeing nationally.” 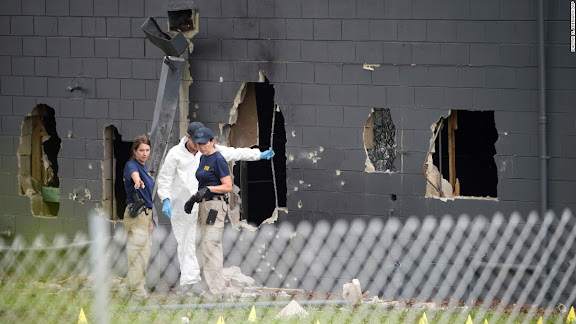 “Today the most significant threat facing the U.S. is people who are inspired by extreme ideology, willing to commit mass murder on behalf of that ideology, but unconnected to any specific terrorism organization,” he said.

Of course, he tries to white wash it

They are often “ideologically ignorant,” meaning they have only a surface-level understanding of the politics or religion they espouse, he said. They may have “behavioral or mental health issues.” And they act alone.

And that’s why this grows, because certain people refuse to see what’s in front of their eyes.

BTW, this is just NJ, a hotbed of Progressive ideology.