Ever since NPR uncovered that Office of Government Ethics Director Walter Shaub used the OGE Twitter account to attack Trump, questions about Shaub’s motivations have grown more prominent. This morning, The Hill moves that story forward with reporting on the how Shaub’s latest public criticism broke with “[OGE’s] longstanding practice”:

“That battle escalated on Wednesday when Shaub, the director of the Office of Government Ethics (OGE), offered an unusually blunt critique of Trump’s plan to separate himself from his business empire as president. Shaub dismissed Trump’s decision to hand control of his businesses to his two adult sons as ‘meaningless’ in eliminating possible conflicts. The move broke with the agency’s longstanding practice of not commenting on its talks with public officials.” 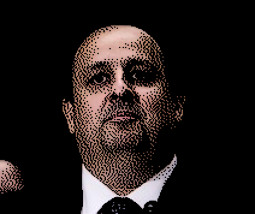 The Hill’s reporting amplifies a New York Times story from this weekend that raises questions about whether it was ethical for Shaub to make his criticism public in the first place. The Times story also quotes a professor who hammers Shaub’s actions as not “particularly wise”:

“’I don’t think it was particularly wise to do,’ said Paul C. Light, a professor of public service at New York University who worked on Capitol Hill as an adviser on transitions. ‘It is a moment fraught with a great deal of controversy and partisan criticism, and I think it is best if you are in an investigatory organization to hold your fire, do your job and do the best you can. It’s just not the time for it.’”

The fact is Walter Shaub is an Obama donor who turned a blind eye to Hillary Clinton’s many ethical lapses. Although it’s certainly noteworthy that Shaub’s credibility is now under fire, those damning pieces of evidence against him have been public for years.

Government Ethics, well that's an oxymoron if ever I heard of one.

Government has no ethics, only people do. That said, this unnecessary and useless department, if there is actually any valid reason to have it at all, should have an ethical person running it.

Which this partisan Schaub fellow certainly isn't. Fire him!