HEY, NEW YORKER: I Fixed That Cartoon For You (Three Times)

The Internet is afire with yet another example of just how out of touch the coastal elite are with America.

A New Yorker cartoon by someone called "Will McPhail", if that is his real name. depicts a passenger in an airplane standing up to announce that the current pilots are too smug and that passengers should instead take over.

It is a not very subtle hit at Trump’s victory, a victory viewed by the cartoonist and 99.99% of New Yorker readers as a victory of all those people who live on the other side of the Hudson, the people who are too stupid to run the country and live in Nowheresville.

Because running the country is just like flying a plane, apparently. And the experts who have run it so far are the only ones who can do it competently...

...The reaction from liberals has been as expected – that the cartoon is a metaphor for Trump’s victory by the Stupid Class. 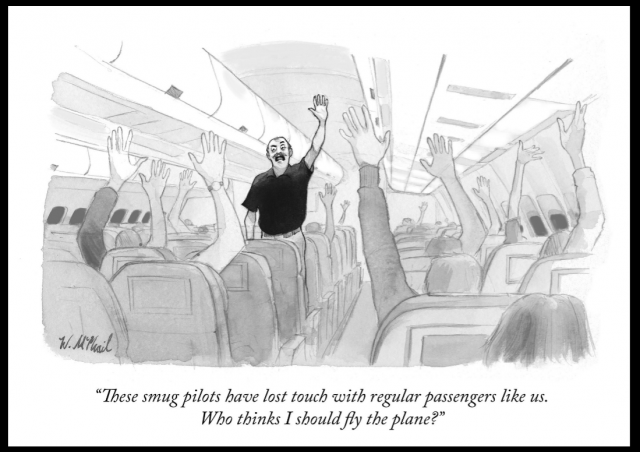 As William A. Jacobson observes, this kind of inanity is precisely the lack of self-awareness that delivered America President Trump.

Fortunately, summer intern Biff Spackle was kind enough to repair the cartoon for New Yorker, making it say what they really meant. 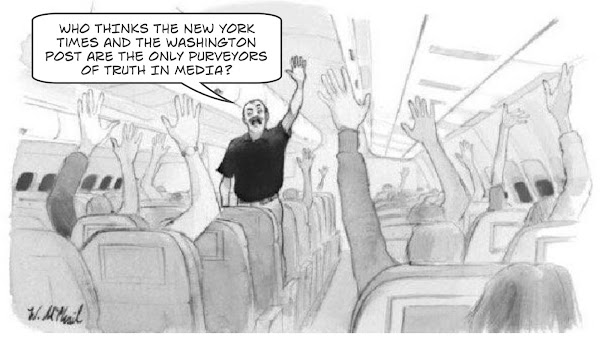 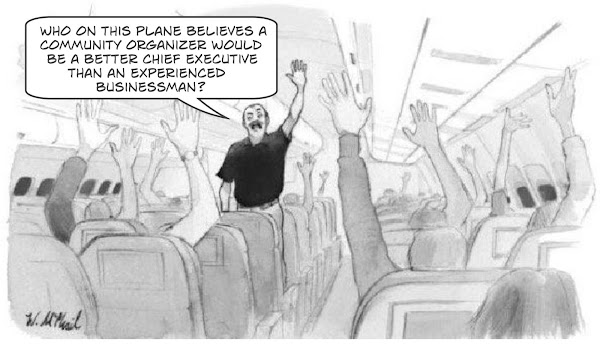 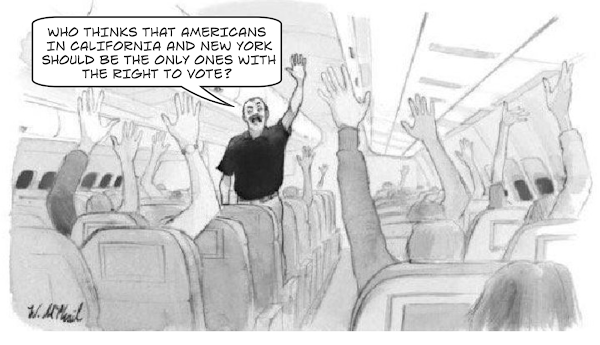 I'm actually glad to see this kind of stupidity from the New Yorker. It demonstrates they still don't get it.

Oh, hey? I think they get it. But their real money comes from people who disagree. Whores have greater integrity. The worst of them only sell their bodies. But your mind, even your will? And for peanuts, really. Yes, they do know. Or did at one time. If they don't know now, it's not true ignorance, but a created thing.

For the cartoon to represent reality, when the man asks if the pilots are "too smug", the plane should be plummeting in a tailspin, while the pilot comes over the PA to announce that everything is under control and the passengers should stop their whining because he is a licensed pilot and he knows exactly what he's doing.

Why does the man standing look like a Mexican bandit?

(Forgive me if he's not- but I'm here in California, the once-Golden State, and I'm surrounded by Mexican bandits. Also Somalian bandits, Central- and South American bandits, African bandits... and the worst kind of all, Democrat bandits.)