One of Mr. Trump’s first acts as President was to sign an order on Obamacare: 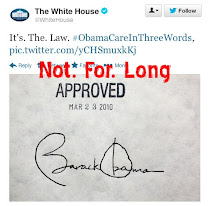 (The Hill) President Trump on Friday signed an executive order directing federal agencies to “ease the burden of ObamaCare.”

The order did not direct any specific actions, instead giving broad authority to the Department of Health and Human Services and other agencies to take actions available to them under the law to ease regulatory requirements from ObamaCare.

It pushes agencies to target provisions that impose a “fiscal burden” on a state or a “cost” or “regulatory burden” on individuals or businesses.

It is not clear what practical effects will come from the order.

But, they can guess:

But the move could eat away at the law’s individual mandate by granting more exemptions to people so they do not have to purchase insurance.

The Washington Post is a bit hysterical over this: 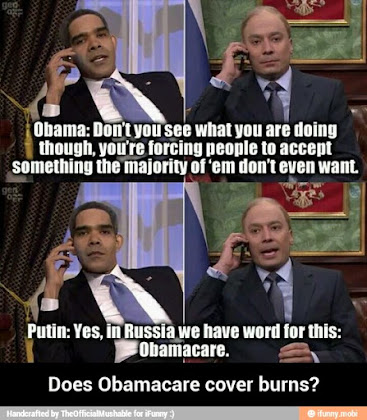 President Trump signed an executive order late Friday giving federal agencies broad powers to unwind regulations created under the Affordable Care Act, which might include enforcement of the penalty for people who fail to carry the health insurance that the law requires of most Americans.

The executive order, signed in the Oval Office as one of the new president’s first actions, directs agencies to grant relief to all constituencies affected by the sprawling 2010 health-care law: consumers, insurers, hospitals, doctors, pharmaceutical companies, states and others. It does not describe specific federal rules to be softened or lifted, but it appears to give room for agencies to eliminate an array of ACA taxes and requirements.

That sounds like a good thing, does it not? Not in Liberal World.

“Potentially the biggest effect of this order could be widespread waivers from the individual mandate, which would likely create chaos in the individual insurance market,” said Larry Levitt, senior vice president at the Kaiser Family Foundation. In addition, he said, the order suggests that insurers may have new flexibility on the benefits they must provide. (snip)

But in giving agencies permission to “waive, defer, grant ­exemptions from or delay” ACA rules, the order appears to create room for the Department of Health and Human Services to narrow or gut a set of medical benefits that the ACA compels insurers to include in health plans that they sell to individuals and small businesses.

Mr. Trump, nor those in HHS, cannot do away with the mandate. That’s part of the actual law, unlike, say, the Contraception mandate, which was created out of thin air. But, they could change the hardship exemption, and provide other exemptions, just like Obama did. Because the Mandate portion is pretty specific about the timeframe which applies the penalty/tax/fee, and what that penalty would be. Perhaps the hysterical writer of the Washington Post article, and those who wrote others, should read the actual text of the bill. The hardship exemptions could be broadened to make everyone exempt. Team Trump could simply use the “you have another hardship” portion, and allow whatever people say is a hardship.

They could narrow or gut some medical benefits not included in the actual text of the bill. HHS was give broad latitude to create certain benefits, and others, like the aforementioned Contraception mandate, were simply invented.

The very fact is, Democrats said if Republicans want to do something about Ocare, we had to win elections. We did. As Obama stated, elections have consequences. Deal with it.