I fell asleep on a plane and dreamed this short story. I beg your indulgence.

David Miller was at his desk. The forecast was clear – an Indian Summer day – and he hoped to cut out of the office early and get home in time for Rachel’s soccer game. There was nothing funnier than watching a group of seven-year-old girls play soccer. One or two might get the idea, but most of them carefully circled the ball like a terrified school of fish. They moved slowly, in a symbiotic group, never making physical contact with anything.

His heart had swollen almost to bursting when Rachel had scored her first goal. In front of the opponent’s goalie, her tiny frame had suddenly appeared with a rebound and he had willed her to kick the ball in. When the white sphere came to rest in the back of the netting, he had jumped with fists raised, as though he was a benchwarmer for an NCAA team that had just clinched the championship.

The vision passed and he gazed at the outrageously tall stack of files that Cheryl had pulled for him. His client, a multinational software firm, was the defendant in a “failure to perform” lawsuit. It was all crap, of course. The software worked. In fact, it worked at thousands of other companies across the globe. It wasn’t his client’s fault that the plaintiff hired crap consultants to implement the package. Of course, he’d have to phrase his response a little more artfully than that…

Without warning, his Aeron chair lurched 45 degrees to the left. He watched incuriously, in slow motion, as his rolodex rose and then pitched itself at his feet.

He became aware, slowly, of a roar that grew like a hurricane and threatened to collapse his eardrums. And, then, just as quickly as it had come, it dissipated, leaving only his coworkers’ cries and a dull fire claxon bleating relentlessly.

He stood and turned to see what had happened. A couple of ladies in the admin pool area were hugging each other. Sheaves of paper littered the floor and light fixtures had detached from the drop ceiling and were swinging slowly in tiny loops.

Was it an earthquake? What had just happened?

Hal, the managing partner who commanded the southwest corner office, came running down the aisle toward him.

“I think a plane just hit the building!”

His glasses were askew and one of his loafers was missing.

A plane? A plane?

Even though she attended NYU and was a “big girl” – at least per her doting Mom – Rachel delineated her life story into two segments. B.T. and A.T. Before the Towers and After the Towers.

B.T. was a brighter time, a simpler time. Everything made sense.

A time of unvarnished love from her parents, colored most vividly by “Reading Time”.

It was her favorite time of the entire day.

Dad was home, and they sat in her queen-sized bed just before it was time for lights out.

Every night for a year, it seemed, she wanted him to read the same book to her. And every night he did. It was a story about letters, each letter of the alphabet, and every one had its own personality.

She could still hear her Dad’s sing-song words.

The letters lived in the jungle, and every night the silly letter I would fall off the top of the tree and then the rest of the letters would come tumbling down.

Every night she giggled as her Dad narrated and sang, the letters following the same, safe, and utterly predictable script.

Then the script became anything but predictable.

No one would ever read the book to her again, at least not in the way her Dad had, hunched next to each other with only her nightstand lamp illuminating their faces.

The support her family had was overwhelming. Her Grandma, her Mom’s Mom, had moved in with them, and they walked and cried and survived together through a haze of services and memorials and tributes.

But missing was closure.

They had never found her Dad’s remains.

And it was so odd. There was even a picture of him she’d found surfing the web. He was looking out from a window on the 99th floor, the entire glass panel gone, and his right hand seemed to be resting on the back of a chair.

His face was expressionless, as if he’d broken the window and felt guilty about it.

She had memorized the photo, never telling her Mother about it, knowing it would be too much for her to bear.

How, she wondered, had they never found her Dad’s remains?

They’d been able to recover something, some remnant, for so many of the victims’ families. Especially for the dozens of “jumpers”, who’d been forced by the flames and smoke to leap into the abyss.

She was certain her Dad was one of them. Again, in her Internet forays, she’d found a picture of a man she was certain was him. He had just jumped from a window, two hands raised above his head as if celebrating a touchdown, his legs bent in an athletic stance.

As if he could land like a cat on the ground below.

Every day the lack of closure sat like a piece of gravel in the pit of her gut. Solid and un-dissolvable, never leaving her mind.

With pieces of cloth ripped from shirts and jackets and wrapped around their faces like primitive masks, they had tried all four exits from the floor. Smoke in each had stopped any attempt at descent. In the northwest corner, they had even seen flames licking up the stairwell and then they’d felt a pulse-wave of heat that had driven them back to their floor.

They had done their best to seal each of the exits, ripping the tough carpet from the floor and jamming it into every crevice around the stairwell doors.

Sheryl and Kyle manned the phones, trying to get a line out, either through the office switchboard or their cell phones. No one was getting through.

Though he didn’t say anything, David was worrying about something specific. Not the exits. The heat. It felt like the floors were pulsing. Impossible, he thought, there are sprinkler systems throughout the building.

Yet when he placed his hand on the carpet near his desk, he knew that something was boiling beneath him. A supernatural heat was rising from the floor.

A thought struck him.

“Bust open the windows,” he shouted, “Get some air circulating in here!”

He took his Aeron and slammed it as hard as he could against the mirror-like panel that faced Staten Island.

It bounced right back at him, his momentum sending him crashing into the chair as hard as he’d thrown it at the window.

Undeterred, he swung again, this time even angrier.

“Get the window open!”, he shouted to himself.

The third time it worked. The frame cracked and the glass tilted a couple of inches away from the building. Seeing the fracture, he crashed the chair into the center of the glass. He was rewarded with the indelible image of the panel, followed by the chair, soaring into the wind and then down somewhere below.

He ran to the other side. A cross-breeze. Get some relief from the heat.

But already he could feel the soles of his feet itching, burning, as he urged himself forward.

Not bothering with a chair, he took a desk and pushed it within a couple of feet of the window. He hoisted it, grunting with the exertion, and then let it carom into and through the window.

Finally, some air whipped through the structure.

But it wasn’t enough. Smoke was seeping through two of the fire doors. He could see the black pitch crawling on the ceiling like something out of a horror movie.

His feet were literally burning, despite his new Johnston & Murphy wingtips.

And then the air began to burn around him. The air was on fire.

He had no choice.

He looked out the open window, holding on to an Aeron chair for balance, and then realized how silly that was. He steeled himself for what he must do next, sending little prayers out to his wife and his daughter, his Mother, his…

It was too late. He skin had begun to bubble, soft blisters rising on his hand as he watched incredulously.

It was all so surreal, everything was surreal except for the heat.

There was only one thing left in the world and it was the heat.

And then, without realizing it, he was soaring, his hands above his head, wearing only a T-shirt, slacks, and shoes.

The heat was suddenly and blissfully gone and now, he knew, he was at the end.

He closed his eyes and repeated a simple prayer from his childhood. He didn’t want to see anything, not the ground rushing up to meet him, not the street he’d walked on for years, nothing.

A white, round sphere prized his eyes open. It was a white face, a face of beauty and resolve. The face rode on two small but stout shoulders, graceful, powerful white wings driving in cadence.

He felt himself carried, lifted, by a powerful thrumming that vibrated in tune with churning wings.

He looked up, right into the Tuesday sun, and saw only light and a few precious clouds glittering like diamonds. 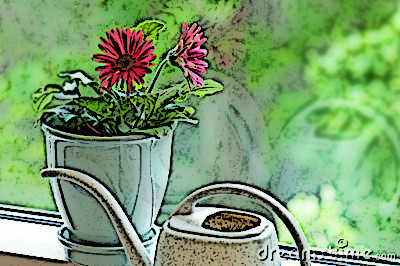 On the morning of her 18th birthday, Rachel awoke with her list of to-do items memorized.

She had to finish registering for classes, because she was on a “standby” list for one of the journalism classes she needed.

Then she had to head uptown to meet her Mom for brunch. And Aunt Kay, her Mom’s sister, was going to be there. She was genuinely excited: Kay was single, younger than her Mom, much wilder and – much more fun.

Then, a bit later, there was a little party for her at Danielle’s place, a spacious four-bedroom corner unit right across from campus.

But before all that, she had to clean herself up, shower, shampoo, condition, straighten and…

Sitting in the center of her desk was a white feather. It was three or four inches long.

She picked it up, staring. She ran her finger down its side. It was silky soft.

It reminded her of a dream she’d had that night. A dream about her Dad.

And suddenly she knew where his remains were.

The tiny flower in her sad little pot that rode precariously on her weathered window sill. The books in her room. The clouds in the sky.

She knew where her Dad’s remains were.

She was certain of it: he was all around her.

A prayer: The Dreams That Fly Away.

at 10:56 PM
Email ThisBlogThis!Share to TwitterShare to FacebookShare to Pinterest
Labels: Books, Water-cooler