In the end America went her own way as if the Obamas had never come.

That is a paraphrase of the last sentence, “In the end China went her own way as if the Americans had never come," of Pulitzer Prize-winning historian Barbara W. Tuchman's book "Sand Against the Wind -- Stilwell and the American Experience in China, 1911-45."

Like Tuchman’s description of the American experience in China, the policies of Obama failed largely because they “were not indigenous demands of the society and culture to which they were being offered.”

Obama ended his administration as it began, with a participation trophy. In 2009, he was given the Nobel Peace Prize for what he might do, and now, less than three weeks before he leaves office, Obama awarded himself the Department of Defense Medal for Distinguished Public Service for what he didn’t do.

Delusional is the only term that I can muster to describe the chasm that has existed between what the Obama administration perceived or wanted us to believe and the actual state of the nation.

Over the course of eight years, Obama’s pronouncements steadily became, not motivational instruments or representations of a desired state of affairs, but feats of political transubstantiation, where, if he utters them, words become reality.

Reflecting upon his time in office, Obama recently noted the “extraordinary progress” the country has made over the last eight years.

Like beauty, progress is in the eye of the beholder.

In the political equivalent of a “Jedi Mind Trick”, Valarie Jarrett, Obama’s close friend and longtime adviser, as well as much of the main stream media, claimed that his administration “hasn’t had a scandal,” ignoring such outrages as Benghazi, the IRS fiasco, Fast and Furious, Solyndra, ObamaCare, Pigford, the Veterans Administration’s death list and others. 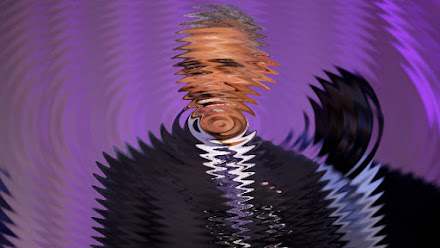 A week after the election, Obama said that Americans were “indisputably better off” because of him despite a doubling of national debt, Gross Domestic Product growth of less than 3%, a decrease in the work force participation rate, a stagnant median household income and an increase in the number of food stamp recipients by 10.7 million people, 32% higher than when he took office.

In his weekly address to the nation on Christmas Eve 2016, Barack and Michelle claimed “we made America more respected around the world.” Even college students, their core constituency, don’t believe that, seventy-three percent having said that the United States is less respected by other countries than it was in the past.

I will not mention the threat of radical Islam, because Obama thinks it doesn’t exist.

It was an administration built upon a combination of ideology and incompetence. Ultimately it became an architect of errors rather than a supplier of solutions. Final recognition of which will occur when public awareness exceeds the media’s capacity to varnish the truth.

In the end, Obama’s legacy will be his pursuit of the appearance rather than the substance of accomplishment, an illusion, as enduring as sand against the wind.

We are the people we have been waiting for!

While we may be able to walk away from the Obama era as if it never happened, our economy now has an additional $9 trillion dollars is debt. People schooled in Keynesian economics, like NYT's Paul Krugman, think this is just fine because after all we can just create it out of thin air, but every dollar of the debt carries an interest charge that we must pay. If we created the debt without ever really intending on paying it back, then that interest compounds to an infinite amount every year forever.

This is why the federal government is horribly conflicted about allowing interest rates to return to normal levels set by a free market. Any new dollar in tax revenue is already committed to be spent on the interest of the federal debt.

The point of no return in credit card debt is where the interest charge on the rolling balance equals a person's monthly income. Above that amount it literally becomes impossible to pay off the debt and to escape economic collapse. We are exactly at that point in the US federal debt.

Moreover the people who are so quick to spend money for social programs are also the ones who love to scold the rest of us about "sustainability". Yet, the incredible interest charges on the incredible mountain of debt is non economically and fiscally sustainable. A nation cannot commit bankruptcy. The only way out is to just print more money and that guarantees that inflation will eventually destroy the value of the dollar.

President rump is familiar with bankruptcy and "workouts" which are where a business restructures its debt and operations to become solvent again. He has some ways to do this:

For starters, he can go through the federal budget line by line and cut every entry that funds the left. That would be a great two-fer for the country. That would be billions. He can also negotiate a tax rate on the trillions of dollars in offshore corporate money so that when it comes home it is used to maximum benefit, both to create jobs and to improve the federal debt situation. Third, he can propose to not spend any more than the government takes in taxes. Fourth, he can propose that where GAAP accounting is good enough for business it is good enough for government. That will be a shock to the system as the fiscal truth becomes known.

We can count on the (D) to squeal like stuck pigs. We can also count on finding out who in the (R) party is a RINO when he does this. But the alternative is certain DOOM.

Eight years of soap opera, "like sand through an hourglass." Real Houswives got nothing on the Obama show; we've had trannies, wars, idiots playing with deadly drones, lies & counterlies, and lots of racist bullcrap; the death toll is astronomical, and it hasn't been fun.

Now the ratings have come in: uh oh, nobody likes this crappy show, and the cable bill has gone through the roof! Time to cut back drastically!

TheBuckWheat (above) has it right. There's gonna be a lot of squealin' coming up real soon now. Since I'm already broke and have nothing much left to lose, I'm kicking back in the La-Z-Boy with a big bag of popcorn and a drink! I'll be cheering whenever I hear or see some worthless no-account freeloader getting kicked out of the country, and even more so when useless govt. agencies are shut down!