By Ginni Thomas
A road-worn, devoted Department of Homeland Security (DHS) whistleblower and author is uniquely positioned to help President Donald Trump do the forensics on what is on the bottom of the swamp.

Since Phil Haney’s book, “See Something Say Nothing,” came out, he saw, felt and witnessed the rising up of Americans who coalesced at the ballot box to turn this country away from willful blindness, excessively loose immigration policies and failed counter-terrorism policies in the name of civil rights. Haney says, “people knew intuitively that something wasn’t right” in our government’s policies to keep Americans safe.

“I know where the valves are and people like me do,” the soft-spoken Haney — who traveled to 90 cities starting in Indianapolis, Ind. in April to Omaha, Neb. on Nov. 7, speaking to millions of worried Americans — says in this exclusive video interview for The Daily Caller News Foundation.

You will have to hold your nose, he says, because once you take the water out, then the real forensic work begins. We’re “going to have to put our hazmat suits on,” and wade into that toxic muck to dig all the pieces of evidence out of the bottom of the pond.

Haney says the forensics of draining the swamp will yield evidence of decisions and policies made in senior people in the DHS, FBI, CIA, the White House in the last eight years and more. 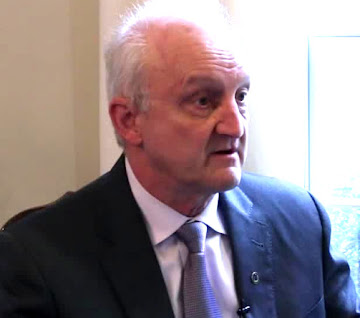 “It’s very important for the American public to not only look ahead at what kind of president you will become, but also what we were delivered from,” says Haney.

In his book, he recounts how critical law enforcement records were intentionally destroyed. Draining the swamp will allow Americans to know who and why law enforcement was crippled, and some Americans lost their lives because of decisions some in power made.

In this video, Haney discusses how he will begin dissecting a benign-sounding Fatwa issued on Nov. 28 after America’s presidential election by the Assembly of Muslim Jurists in America, which Haney trained to read and understand the Koran, and believes is “ominous.” It uses camouflaged language and lays the groundwork for violence when certain civil rights policies, and groups like CAIR, the ACLU or the Southern Poverty Law Center, are threatened by the new administration.

In this video, Haney decries the “false narratives” former President Barack Obama repeated, such as “there had been no terrorist attacks on the homeland during his tenure in office.” Haney says, the former president gave Americans “false assurances.”

As for the disruptions that threatened the inauguration, Haney discusses those seeking to deliberately create chaos to destabilize America with “civilization jihad” to “sabotage the miserable house of America.” These anti-American forces are taking advantage of anarchy, hoping to replace our system of government with something preferable to the revolutionaries, like sharia law for Islamists or socialism or communism for others.

He believes the jihadis have joined forces quietly with anarchists and revolutionaries who were exposed in a new video released earlier in January called “America Under Siege: Civil War 2017: They fought to disrupt the Inauguration; they’re fighting to destroy our nation.”

For more on Haney, see his previous tw0 video interviews with The Daily Caller News Foundation here and here. He also testified before the Senate Judiciary Committee last June and spoke at the National Press Club.

Read more at the Daily Caller.