MARK LEVIN DRIVES MERYL STREEP BEFORE HIM: And Then Hears the Lamentation of the Actors

Okay, so I butchered a great line from Conan the Barbarian. But, hey, it's Hollywood!

Writing on Facebook, America's greatest living Constitutional educator laid waste to the preening, pretentious and pusillanimous pretenders at the Golden Globe Award Ceremony, starting with one of the most overrated actresses in history.

That would be someone named "Meryl Streep", if indeed that is her real name. 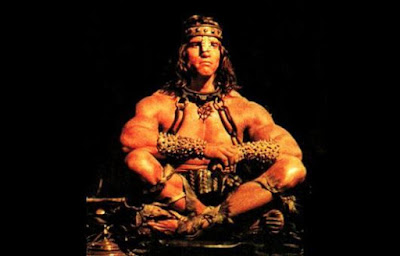 Streep is a liberal ass and partisan who should stick to what she knows -- memorizing words written by people smarter than her and then repeating them when directed to do so. She's incapable of basic reasoning and comprehension. She also disrespected her industry and the viewing public by using the Golden Globe Awards' ceremony to burp up her baloney, as if what she had to say was so urgent and momentous.

Though I disagree slightly with Mr. Levin on one point.

Hollywood should keep on hectoring regular Americans. Dissing them to their faces. Slamming the folks who don't get paid eight figure sums for "acting". The folks who deliver food and oil and water and all of the goods and services that these elites take for granted.

I hope they keep it up. They're the best advertisement for disruptors like Trump one could hope for.

Hat tip: Chicks on the Right.

It's Mary Louise Streep to you.

The film industry sincerely believes that the rest of us cannot lead tolerable lives without their product, thus Streep's snide comments about 'mixed martial arts'.

The recorded music industry, in which I worked in my mis-spent youth, held that belief as well. It is now a mere shadow of its former self, its most productive years now long past, its revenues a mere trickle compared to the rivers of cash it once produced. It once provided Sinatra to us, now offers us up Kanye West.

Their day of reckoning may be arriving sooner than anticipated, if the audience decides they can spend or invest their money elsewhere, and not put it in the pockets of those who so despise them. It won't require any sort of organized boycott; just a quiet decision, person by person, heart by heart, to move along and leave Hollywood behind.

Hollywood is an illusion factory and we are happy to consume some of the illusions they are so adept at creating. But clearly the illusionists have come to believe their own illusions and seek to live in a world of their own making, a world that is literally "unsustainable" because it literally cannot be true.