The shooter claimed he was working for ISIS. 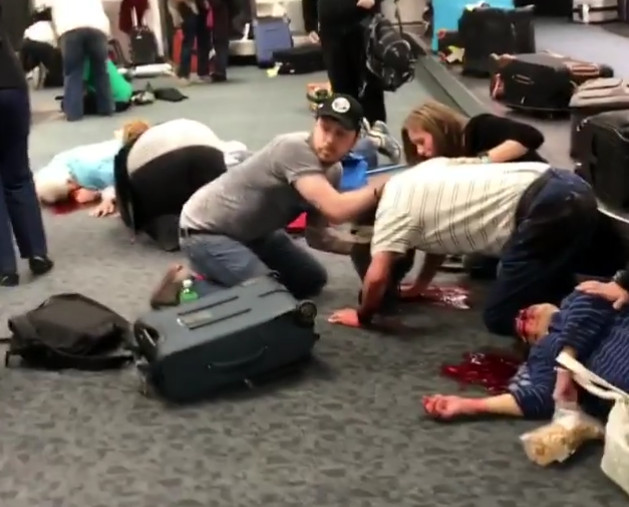 Local 10 has the video. The shooter is reported to be "in custody."

According to the Associated Press, the Pentagon said he went AWOL several times as a specialist during a stint with the Alaska National Guard and was demoted to private first class. He was given a general discharge, which is different from an honorable discharge.

In November 2016, he walked into an FBI office in Anchorage claiming that he was being forced to fight for ISIS and was sent to a psychiatric hospital, officials revealed.

Is this necessary? Perhaps someone's relative will see it.

take that effin picture down you douche...

If you don't like it then don't look at it. Many people could stand a dose of reality in their "pretend it is not happening" world. One thing is for sure. If these barbaric animals are playing a game it is for keeps.

This is all on Obama and his democrats.The own this.

I doubt those people in need of a "dose" do not frequent this site...

Shooter admitted to the FBI he was ISIS, they called him a crackpot. If he'd called himself a patriot militiaman, would have locked him up. How's this political correctness working for you, Dems? White House on Chicago torture "no evidence it's a hate crime." "No evidence" of Islamic terrorism here, either. I think Donald Trump is contemptible personally, but the reality check he will bring to the Oval Office is desperately needed.