You may not have heard of Doug from Upland, but odds are you will in the months to come. Over at Free Republic, Doug describes his dogged pursuit of justice against Hillary Clinton's financial skulduggery. 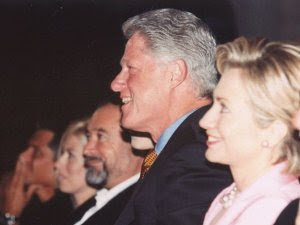 In addition to publicizing the well known Peter Paul civil case against the Clintons, Doug has been on the warpath as the case heats up.


The evidence to which Doug refers is the newly released "HIllary Clinton 'smoking-gun' video." The preface to the tape states that it "shows Hillary Clinton in the process of committing at least four or five felonies under federal election law". 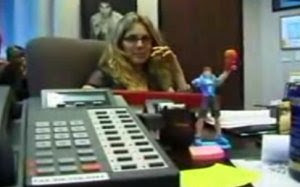 The Federal Elections Commission already fined Clinton's 2000 campaign committee for underreporting cash it received at the fundraising event Paul sponsored. The underreported contributions led to the federal indictment of David Rosen, Hillary's campaign finance director. Paul says the video "proves Clinton and her campaign [lied to the] FEC [and] the grand jury investigation that led to Rosen's indictment."

Put simply, if Hillary participated in the planning or coordination of the Paul fundraiser, it "...would make Paul's contributions a direct donation to her Senate campaign rather than her joint fundraising committee, violating federal statutes that limit 'hard money' contributions to a candidate to $2,000 per person. Knowingly accepting or soliciting $25,000 or more in a calendar year is a felony carrying a prison sentence of up to five years..."

Did Hillary know? Well, in the newly released video, Hillary is heard exclaiming:


In other words, Hillary just got busted. She was involved, she helped coordinate the event, and her White House aide (Kelly Craighead) assisted as well.

So why was the video only released a few months ago, if it captures a conversation from 2000? Doug from Upland:


In other words, Matz was either horrifically ignorant or he flat-out lied to cover Hillary. The smoking-gun video seems to establish Hillary's culpability -- beyond a shadow of a doubt.

And just why was the U.S. Attorney for the Eastern District of New York sitting on evidence (for a half dozen years) that could corroborate Hillary's involvement in Paul's fundraising? Was it due to the fact that the Senator from New York supervises the US Attorney -- resulting in the obstruction of investigations that improperly exonerated Hillary Clinton?

In 2005, on Hannity & Colmes, Doug Schoen, former Clinton advisor, said: "[This case] has nothing to do with Senator Clinton... In this context, as Alan [Colmes] suggested, the prosecutors himself has said she has no knowledge."

Like Judge Matz, the prosecutors and Schoen are either corrupt or woefully ignorant. Perhaps the FBI can find out which. And, while they're at it, perhaps they could discover why the U.S. Attorney held on to evidence that the FEC could have used during the trial.

Update: The San Francisco Chronicle has picked up Doug's story, albeit under the theme of Hillary's polarizing effect. Author Carla Marinucci would do well to explore the Smoking-Gun Video, the bizarre redactions of the Barrett Report, the Rose Law Firm records, China-gate and the Cox Report, Travelgate, the cattle futures fiasco, etc., etc.