Have you seen this porky terrorist lately? 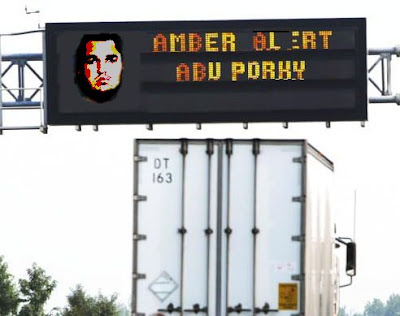 It seems that a Predator (no, not a sexual predator -- the military version) may have carried the flabby traitor off. To hell in a million pieces, maybe.

Al Qaeda appears nervous that Gadahn hasn't checked in for about a week:

...Jihadist sources on the Pakistan side of the border are telling local journalists they are worried. One who described himself as a “very close friend” of Gadahn said the 28-year-old California native had until recently been spending most of his time in the populated areas of South Waziristan, near the towns of Wana, Azam Warsak and Shahkai.

“All our friends are worried about him but so far we could not make any contact with him. We had sent two of our friends to Mir Ali to locate him and provide us with details about him,” the supposed friend explained.

He added that other militants who traveled with Gadahn also were missing... 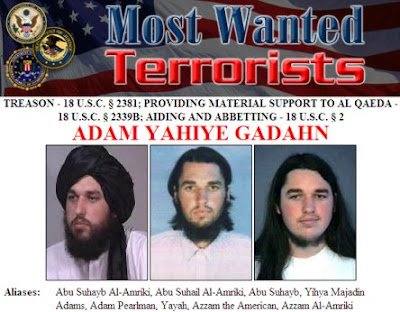 Have you seen Abu Porky lately?

Gateway Pundit and Jawa have more.