The Enlightened Nation of Malaysia 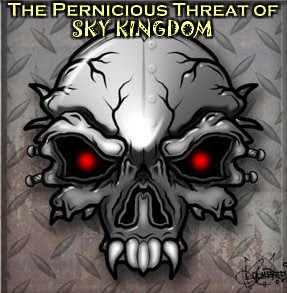 The Syariah High Court here set March 3 to decide the fate of Kamariah Ali, an ex-religious teacher and follower of defunct religious sect Sky Kingdom, who was charged with declaring herself an apostate.

Judge Muhammad Abdullah asked the accused to submit a declaration to the court that she has repented and not participated in any form of Sky Kingdom's or any other deviant teachings.

Kamariah, a graduate of Al-Azhar University was charged under Section 7 of the Syariah Criminal Offence Enactment (Takzir) Terengganu 2001 after she declared herself an apostate on July 21, 2005.

She could be fined RM5, 000 or jailed three years or both if convicted.

Her counsel Sa’diah Din in her mitigation asked the court to her consider client’s plea as she had not committed any other civil offences and she was a widow with four children.

Prosecuting officer Mustafar Hamzah asked the court to mete out a severe sentence as her case was of public interest and could affect the faith of other Muslims in Malaysia.

Some days you don't even need to add any snark.
at 7:05 PM
Email ThisBlogThis!Share to TwitterShare to FacebookShare to Pinterest
Labels: extremism