'No matter who wins the voting, Hillary will be the nominee' 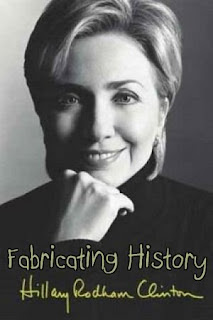 A top Hillary Clinton adviser on Saturday boldly predicted his candidate would lock down the nomination before the August convention by definitively winning over party insiders and officials known as superdelegates, claiming the number of state elections won by rival Barack Obama would be “irrelevant” to their decision.

...Harold Ickes, a 40-year party operative charged with winning over superdelegates for the Clinton campaign, made no apologies on Saturday for the campaign’s convention strategy... ...he said superdelegates — who “have a sense of what it takes to get elected” — would determine the outcome and side in larger numbers for Clinton.

Likewise, a headline over at EIB reads "No Matter Who Wins the Voting, Mrs. Clinton Will Be the Nominee". 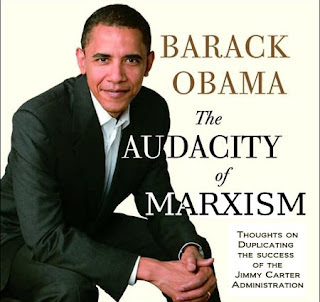 You're going to think I'm being sarcastic or cynical here. I'm not. Regardless who wins [Pennsylvania and Texas], Hillary is going to be the nominee... ...Obama could win it, but the Clintons are going to find a way to get this... They want this. They need this more than anything in their lives! They have been planning on it, getting back to the White House. This is the Baby Boomers' last chance; the left-wing, anti-war Baby Boomers' last chance to get their arms around this country and bend it, shape it, as they want it. This is what she has lived for! This is what she put up with all those shenanigans from Bill all those years for. This is why she did it, and she's not going to sit there and let some upstart take it away from her. So if she has to do something about the Michigan delegates and the Florida delegates, she will.

...If she has to cause a civil riot, a civil war at the Democrat convention to get the nomination, she will do it...

They're going to make a play for Florida and Michigan delegates to be seated based on outcomes of the election even though they were not sanctioned and the delegates were not going to be seated as by DNC rules. But who controls the DNC? The Clinton machine runs that party. She's the machine candidate... You know damn well that they're going to do whatever it takes. If there are riots at the Democrat convention, so be it. If that's what it takes for these two to get this nomination and get back in the Oval Office, then they'll do it. I mean, scorched earth? It doesn't matter what it takes; they will destroy anybody and any institution to get this. It's how badly they want it. Try to imagine yourself [in Hillary's position]... You've had a situation in your life that's embarrassing and humiliating. It could be a husband. It could be a job, whatever, but you've sat there from when you left Yale and you went to Arkansas way back in the early eighties -- almost 30 years ago, 35 years ago -- and you have been eating it. You have been swallowing it. You have been looking the other way. You have been humiliated in public, I don't know how many times. This is the payoff for it...

Well, it certainly looks like this will be an entertaining Democrat National Convention.

Speaking of which, if you haven't seen the movie 796 (the number of super-delegates), it's based on the movie 300.
at 9:12 AM
Email ThisBlogThis!Share to TwitterShare to FacebookShare to Pinterest
Labels: Democrats, Hillary, Obama