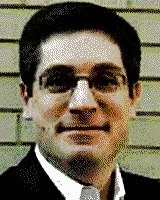 Oh, criminy. I think I just wee-weed myself. Couldn't control the belly laughing and... accidentally let go. I couldn't help it! I was reading The American Prospect and...

The startlingly brilliant Paul Waldman -- writing at the ominously named TAPPED blog -- blames the loss in Massachusetts on Democrats not being socialist enough.

While I go change, check this out:

Republicans have been working very hard to convince them that the teabaggers screaming about socialism represent more than a small minority of the country (they don't), and that the current voter discontentment doesn't really have much to do with the economy – which would mean that your average independent voter will still be determined to throw the bums out even after the economy recovers. 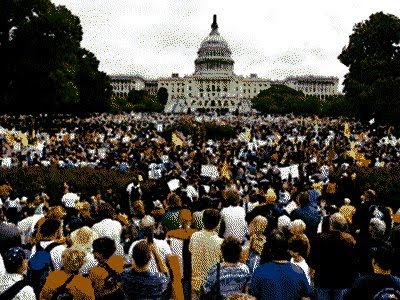 But that's not the wave Democrats should be worried about right now. The most important political event of this week wasn't Scott Brown's victory in the special election, it was the reaction of Democrats. They were caught totally unprepared, and as a consequence had no coordinated message to deliver about what it meant. Instead, one Democrat after another came to the cameras and acted as though the Republicans had just won not one, but 20 seats in the Senate, and were now in control. It was a parade of pathetic, cowardly losers, reinforcing every argument their opponents made and going out of their way to proclaim their surrender.

What the Democrats in Congress and the White House need to understand is that there is a wave of disgust spreading through their supporters that is so powerful, if they don't stop it soon, it will doom them.

...[These] people who had – and still have! – historic majorities in Congress, yet act as though they're powerless. If Democrats can't show their supporters that they have some spine, those supporters won't be supporters anymore. This fall, they will decline to vote in huge numbers, and a bad midterm election will become a catastrophe. This is a moment of real crisis for Democrats when it comes to their base of support. And I've seen precious little evidence that they realize it.

Democratic cowardice is an old story – not long ago, I wrote a whole book about how they might get past it. And for a while, it looked like they would. Congressional Democrats stood up for themselves, and won back control in 2006. Then the Democratic presidential candidate in 2008 ran a brilliant campaign. They seemed to grasp that it's not enough to have the right policies - you also need to demonstrate to the public that you are strong and principled. But now it's as if we've turned back the clock, and they've forgotten everything they seemed to learn in those years.

Full speed ahead, Democrats! The great and mighty Paul Waldman -- who apparently wrote a book once -- has spoken!

Elections be damned! Republicans be damned! Paul Waldman knows best. And you, not being a book author-slash-Prospect blogger-slash-political genius -- are powerless to resist.

The conspiracy-minded among us might almost suspect that some of the loudest voices of the lunatic left might actually be ultra-deep-cover Karl Rove agents, with the mission to drive the DNC over the cliff before the DNC can drive America over the cliff.

Nah, they're really that deluded.