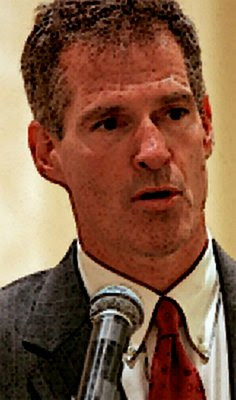 • Observer in Mass says Scott Brown by a wide margin, the polls are swamped and the voters electric. Calls it an avalanche

• RT @BrentTeichman: **BREAKING** ACORN admits there are not enough Disney characters to put Coakley over the top.

• For those who are watching Martha Coakley 16% Scott Brown 66%

• Time for #Coakley to take her place under the #Obama bus

• Was there a "FULL MOON" last night? It looks like all the #Obama Zombies R out today & twitting against Scott Brown Tea Party Massachusetts

• Ace commenter makes a great point: if Brown wins by Obama's margin, will it be a "landslide"?

• Suggested line for a desperate Coakley campaign: "If Brown wins, MLK will have died for nothing."

• Wow. Martha Coakley has bought every piece of AdSense in my Reader. Lame.

• Gravediggers worked overtime last night to get out the vote for Coakley.

• Breaking News from MA...Coakley suffering from a horrible rash from ASTROTURF

• Scott Brown is a trending topic on twitter. Martha Coakley is not. Is that indicative of the outcome?

• Why is this woman handing out blank absentee ballots? http://bit.ly/91Ouot

• How can any democrat tweet me in my face saying "Scott Brown is a joke." When they elected Al Franken.

• Since it pisses off teabagging turds: Remember, Mass voters: vote for Scott Brown like spitting on Ted Kennedy's grave

Actually, that last one might motivate a few conservatives to vote for Brown.