The Corner reports that the Democrat powers-that-be remain committed to a kamikaze attack on the American people (hat tip: Hot Air). 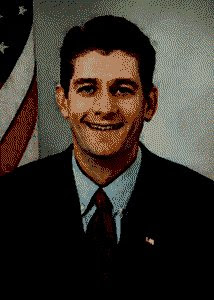 ...House Democrats are planning to use the budget-reconciliation process in order to pass Obamacare. “They’re meeting with each other this weekend to pursue it,” says Ryan. “I’ve spoken with many Democrats and the message is this: They’re not ready to give up. They’ve waited their entire adult lives for this moment and they aren’t ready to let 100,000 pesky votes in Massachusetts get in the way of fulfilling their destiny. They’ll look at every option and spend the next four or five days figuring it out.”

If the Democrats pass a health-care bill through reconciliation, it means they would need only 51 votes in the Senate for final passage. To start the process, House Speaker Nancy Pelosi (D., Calif.) would need to bring a new health-care bill to the House budget committee with reconciliation instructions, with the Senate doing the same. “They’d have to go back to the beginning of the process,” says Ryan. “They’d need to affix reconciliation instructions to a new bill.” Doing so, he says, wouldn’t be too hard. “There’s nothing we can do to stop this from a technical standpoint, since all they need is a simple majority vote and our ratio on the committee is terrible. What [Republicans] can do on the budget committee is pass resolutions for the Rules committee to insist on certain changes in the bill and create a ‘vote-a-rama’ atmosphere.”

For all the paeans Democrats have paid to bipartisanship since Brown's election, their real message for the American people is clear: swallow whatever the hell we want to shove down your throats.

If reconciliation happens, Ryan predicts that the Democrats will still have a hard time pulling it off. “There are Blue Dog Democrats out there who are more survivalist than ideologues. One or two switches could be a game changer. The question is whether Democrats will continue to follow Pelosi off the cliff. After Massachusetts, the Democrats are quickly realizing that even if the president comes in to stump, and you get all the union support you need, it’s still not enough to get you elected.”

Hot Air says Ryan's message is hard to square with a late-breaking AP report that says the chances of a health care bill passing are between slim and none.

Though reeling from a political body blow, House Democrats rejected the quickest fix to their health care dilemma Thursday and signaled that any agreement on President Barack Obama’s signature issue will come slowly, if at all... Democrats’ hopes of settling on a strategy by the weekend seemed to fade, as lawmakers struggled to comprehend the drawbacks of every option...

Some lawmakers said it will take time for congressional Democrats, who huddled repeatedly Thursday, to realize how limited their options are. “People are at various levels of the seven stages of grief,” said Rep. Anthony Weiner, D-N.Y.

Put simply: I'd trust Paul Ryan over the AP any day of the week. Come to think of it, I'd trust the wino in the 7-11 parking lot more than the AP.

I'm sure they'll try, but what I'm more worried about is what else they're going to try and jam through as a means to an end to completely destroy the US. Obama announced very quietly, that within a few weeks, he's going to push through so called, "immigration reform", aka amnesty. Then of course, Schumer's universal voter registration, and then we'll be vastly outnumbered and our votes will be stolen to perpetuate fascistic, never ending Obamaville.

I might have agreed a week ago but I don't believe they'll try it now. Look at the faces of the President, Speaker, and Majority Leader. They've been stopped and slapped into the reality, in lieu of the Massachusetts "statement by the people" that it won't fly and would be worse for them to try it.I think they thought they could "float" the idea with the intent of deflating any opposition but just got punched in the stomach and have decided they can't do it.

The President's new regulatory policy recommendations regarding the banking industry are more complicated and require some fleshing out. As they say, it's all in the implementation.

Wake up America. Obama is a Marxist. His speak during his campaign spoke loudly of this and his first year of behavior confirms the.
America voted in Obama to President with little knowledge of his past. Obama blocked all access to his historical records and the main media assisted his accent by not properly venting Obama in the public arena....why? Simple and factual answer is that the main media is fully in support of the deception that Collectivism i.e. Socialists, Marxists require...that is until they gain FULL power over their subjects. Should these deceptive collectivists finally gain a foot hold in the U.S. ...the they will simply relegate too lethal force upon all people in U.S. just as Hitler did in Germany.

It is very obvious now what the Obama agenda is...total destruction of the capitalistic system in America and replace with a economic system of collectivism which history tells us over and again always leads to a dictatorship.

The only stop to this collectivist move by Obama is for the American people to understand their rights granted under the U.S. Bill of Rights and the U.S. Constitution and THEN restore these concepts via a voter rebellion of the Marxist Obama initiatives.