Out of Control: Traffic Accidents in the Gulf

When it comes to crazy driving, the folks in the Gulf appear to take a backseat to no one.

Eight Kuwaiti youths were killed and 14 others injured, seven in critical condition, when several cars collided during an unofficial car race, a security source and witnesses said Tuesday... Illegal car races are common in this affluent Gulf state where car ownership is very high. There are around 1.4 million registered vehicles in Kuwait which has 1.1 million citizens and 2.3 million foreign residents... [and around] 400 people die of road accidents and thousands are injured or maimed every year in the oil-rich emirate.

In an effort to combat the scourge, the following images were among those released by police in the UAE to scare drivers straight. 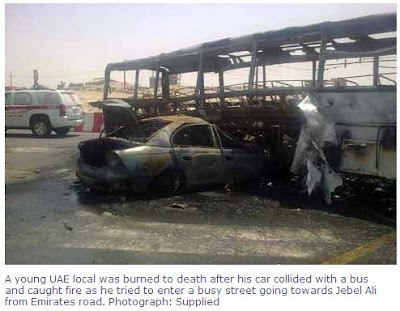 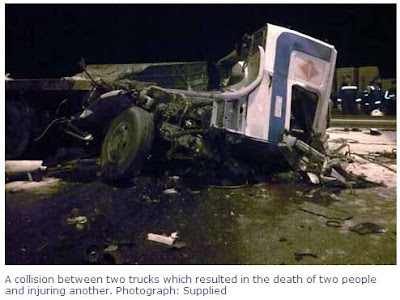 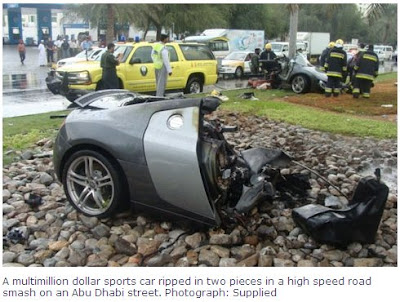 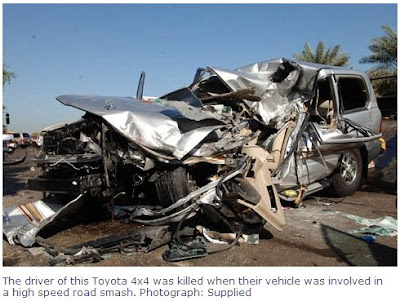 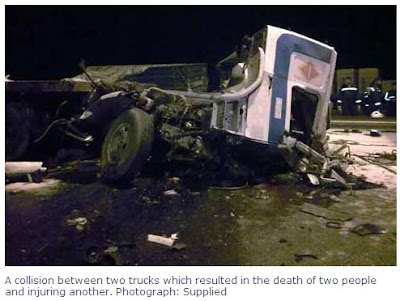