Yo, Tanenhaus! How's that 'Conservatism is Dead' Meme Workin' Out? 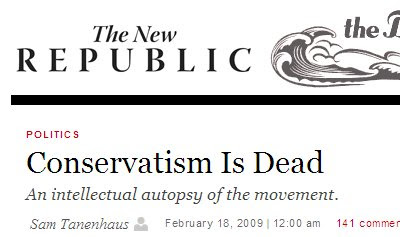 In an epic upset in liberal Massachusetts, Republican Scott Brown rode a wave of voter anger to defeat Democrat Martha Coakley in a U.S. Senate election Tuesday that left President Barack Obama's health care overhaul in doubt and marred the end of his first year in office. 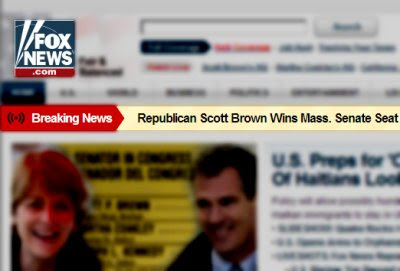 The loss by the once-favored Coakley for the seat that the late Sen. Edward M. Kennedy held for nearly half a century signaled big political problems for the president's party this fall when House, Senate and gubernatorial candidates are on the ballot nationwide.

More immediately, Brown will become the 41st Republican in the 100-member Senate, which could allow the GOP to block the president's health care legislation and the rest of Obama's agenda. Democrats needed Coakley to win for a 60th vote to thwart Republican filibusters.

To my brothers and sisters in Massachusetts: thank you! You have fired another historic "shot heard 'round the world."

Hear me, Democrats: a powerful storm nears. Read feverishly through the Constitution if you wish to save your jobs. The time between thunderclaps is narrowing.

For the first time in my adult lifetime, I'm really proud of Massachusetts.