Beautiful: Obama IRS Refunding Billions to Illegals Who Are Claiming Kids... In Mexico

Just when you thought your outrage-meter had pegged the needle, you come across a brand new atrocity courtesy of a government that is completely out-of-control.

...Investigative television reporter Bob Segall of Indianapolis NBC affiliate WTHR TV Channel 13, was contacted by a long-time central Indiana tax preparer, who blew the whistle on a multi-billion dollar tax fraud about which the IRS has done nothing, according to the TV news show video segment that aired on Monday. 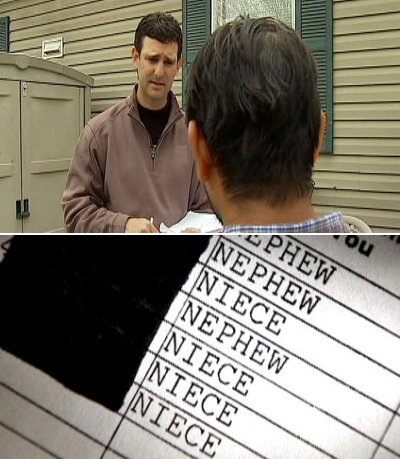 “There is not a doubt in my mind there’s huge fraud taking place here,” he said, slowly flipping through the pages of a [heavily redacted] tax return... “We’re talking about a multi-billion dollar fraud scheme here that’s taking place and no one is talking about it,” he said.

The scheme involves illegal immigrants that are filing tax returns, claiming child credits for multiple dependents under their support in “their” U.S. household, and collecting enormous cash refunds–such as one persons tax return that showed income of over $14,000, who collected a cash refund of over $10,300.

In 1996 during the Clinton Administration, the Individual Tax Identification Number (ITIN) was created in order for both resident and non-resident aliens, regardless of immigration status, to fulfill their tax filing and payment obligations under IRS regulations–even though an ITIN does not confer the right to work and receive income in the United States.

This year tax preparation offices across the country were flooded by an estimated 2 million illegal immigrants, who in growing numbers have been taking advantage of a tax loophole called the Additional Child Tax Credit–a fully-refundable credit of up to $1000 per child–meant to ease the income tax burden on working families who have children living at home.

However, Segall’s investigation and reporting found many illegal immigrants who were claiming these tax credits, but for kids who live in Mexico–even listing nieces and nephews. 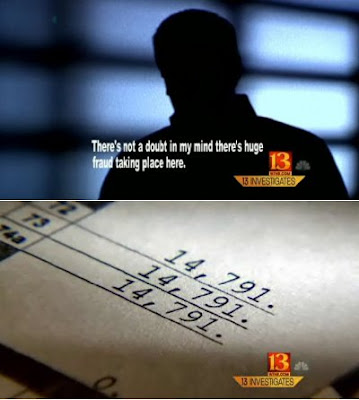 “We’ve seen sometimes 10 or 12 dependents, most times nieces and nephews, on these tax forms,” the whistleblower told Eyewitness News. “The more you put on there, the more you get back.”

After Segall reviewed many of the heavily redacted tax returns, it was still clear that the tax filers had received large tax refunds after claiming child tax credits for many dependents... “Here’s a return right here: we’ve got a $10,3000 refund for nine nieces and nephews,” he said, pointing to the words “niece” and “nephew” listed on the tax forms nine separate times.

“We’re getting an $11,000 refund on this tax return. There’s seven nieces and nephews,” he said, pointing to another set of documents. “I can bring out stacks and stacks. It’s just so easy it’s ridiculous.”

Segall of WTHR was able to speak with several of the illegal immigrants who, using Segall’s translator–confirmed it is easy.

...Segall then met with Russell George, the U.S. Treasury Department’s Inspector General for Tax Administration, who stated … “The magnitude of the problem has grown exponentially,” but that the IRS has known about the problem for years...

One worker interviewed by Segall at his home admitted that four other illegals used his address to file tax returns, even though they don't live there. Between them, they claimed 20 children and a total of 30 people living in the residence. These individuals received tax refunds totaling $29,608.

The man admitted that none of the "20 children" live in the U.S., nor have they ever even visited!

And what does the IRS have to say about this? Yes, they're defending the practice:

The agency sent WTHR a statement, defending its policy of paying tax credits to illegal immigrants. 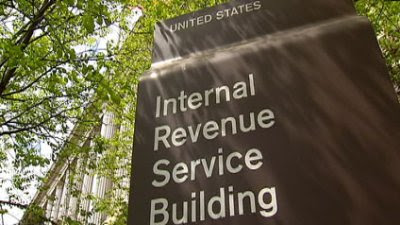 "The law has been clear for over a decade that eligibility for these credits does not depend on work authorization status or the type of taxpayer identification number used. Any suggestion that the IRS shouldn't be paying out these credits under current law to ITIN holders is simply incorrect. The IRS administers the law impartially and applies it as it is written," the statement said.

...Over the past month, WTHR has tried to ask the IRS more questions about its efforts to prevent abuse involving additional child tax credits... Despite repeated phone calls, e-mails and a visit to IRS headquarters in Washington, the agency said none of its 100,000 employees had time to meet with 13 Investigates for an interview. An IRS spokeswoman said all staff were too busy because of the tax filing deadline in mid-April.

Apparently, the IRS doesn't have time to respond to some tax preparers, either... Last year, our whistleblower noticed dozens of undocumented workers had used phony documents and false income to claim tax credits. He reported all of it to the IRS.

"These were fraudulent, 100% fraudulent tax returns, but I got no response; absolutely none. We never heard a thing," he said. "To me, it's clear the IRS is letting this happen."

The IRS tells WTHR it can do nothing to change the current system unless it gets permission from Congress. In other words, according to the IRS, closing the loophole would require lawmakers to pass a new law specifically excluding illegal immigrants from claiming additional child tax credits.

Folks: this is a huge story.

I urge you to pass it on to your mailing lists.

This kind of travesty must end in November. Or this country really will be "fundamentally transformed", as Barack Obama promised.

REPORT: "Individuals Who Are Not Authorized to Work in the United States Were Paid $4.2 Billion in Refundable Credits"

Why is it that the IRS can't do anything without congressional approval when other agencies like, oh...I don't know...the EPA or HHS can take any existing law and make whatever rules and regulations they deem necessary to do whatever the want...?

Why do you call it Obama IRS? In the the article, you clearly state that the IRS has said this gas been the law for 10 years. Obama has been the President for 3 1/2 years, meaning this practice started in 2002...when Bush 2 was in office.

Why not just call it the IRS and leave the politicizing out of it.

I'd be outraged of this practice regardless of which party was in power.

Did you bother to read the article?

Say, I wonder who was president when it exploded?

This is an outrage. Why do the people who are supposed to represent us let this happen? I say end the earned income tax credit for everyone, it has not worked and is costing TAXPAYERS billions. It was to be an incentive to get lower income people to work so they could get experience and move up. I have seen people who refused to work any more because doing so would have put them above the earning limits for earned income credit....they would rather collect money from people who were actually paying taxes than to work.