In August of 2008, I anticipated the ego-maniacal nature of one Barack Milhaus Obama and proposed the following redesign of Mt. Rushmore. 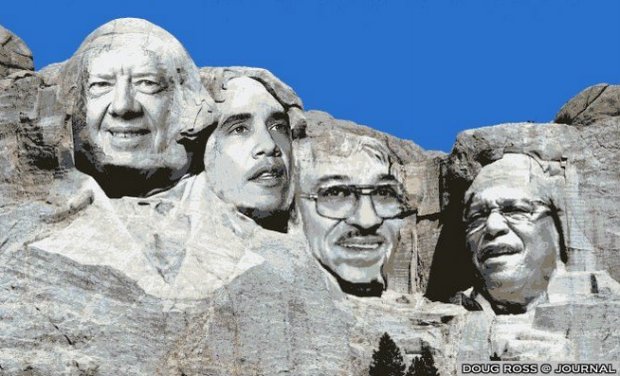 But I underestimated our beloved president's narcissism. With word that even White House presidential biographies have been modified to include references to Dear Leader, the brilliant SWeasel proposed a new, "fundamentally transformed" version of Rushmore. 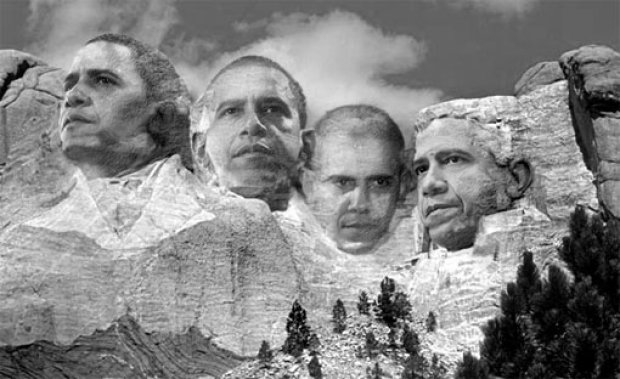 I'd prefer just about anything, even the little-known rear view of Mt. Rushmore, to either of the previous two proposals. 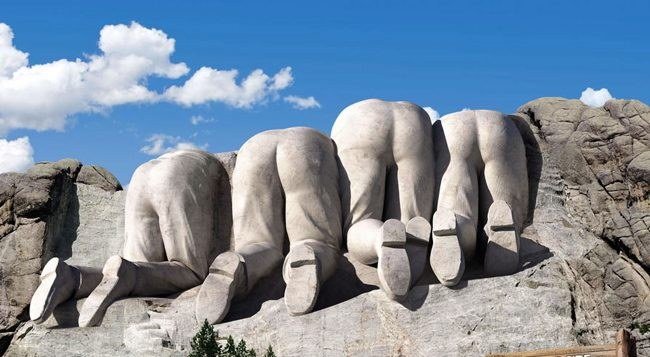