Old Media Is Bleeding Out Right Before Our Eyes

Old media is literally committing suicide in front of our very eyes. In its desperate rush to see Barack Obama reelected, they are ignoring bigger and bigger stories. People have the Internet. They read The Drudge Report. They listen to talk radio. They read blogs. And in spite of all of these different access points, old media is ignoring blockbuster story after blockbuster story.

Consider the following panoply of stories -- from the last few days alone -- courtesy of the national treasure known as NewsBusters.

Outrage Over 72 Hours Of Network Silence On Catholic Lawsuit Spreads 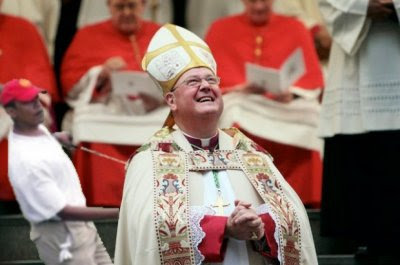 Fury over the ABC, CBS and NBC evening newscasts’ continued refusal to report the lawsuits Catholic entities have filed against the Obama administration has spread beyond the Media Research Center watchdog group and Catholic leaders to nine additional Christian leaders equally concerned about this decision to deliberately not report national news...

42 percent of Democratic primary voters in Kentucky on Tuesday chose "uncommited" over Barack Obama. In Arkansas, a Tennessee attorney finished with 41 percent of the vote. ABC's Good Morning America, NBC's Today and CBS This Morning all skipped the embarrassing story, despite the fact that CBS and NBC covered the far less interesting Republican primary... During the month of May, Obama suffered through a series of humiliating protest votes in Democratic primaries. On May 8th, the incumbent President nearly lost the West Virginia primary to a convicted felon. Yet, except for a single mention at 4am on May 9th, the networks have buried Obama's bad news.

CBS This Morning stood out as the only Big Three network morning show on Thursday to cover [an] allegation that the Obama administration gave a movie director and writer "special access to government officials involved in the commando operation that killed Osama bin Laden," as reported by Reuters on Wednesday. ABC's Good Morning America and NBC's Today ignored the story.

...Anchor Charlie Rose pointed out in his introduction to Reid's report that there was "new information this morning on an alleged security leak by the Obama administration... "Sources tell CBS News the White House put the movie on the fast track, aggressively looking for ways to help."

Was Rev. Wright Offered Hush Money? Nobody In The Media Cares

When the New York Times warned it had been handed a “super PAC” memo suggesting someone, somewhere might plot to make a “hardline attack on Obama” with Wright sermon soundbites, MSNBC expressed outrage hour after hour. But scandalized liberal journalists had no appetite for a different behind-the-scenes Reverend Wright narrative. In Ed Klein’s new book “The Amateur,” he interviewed Rev. Wright on tape for three hours. The most shocking revelation: suggestions that Friends of Barack were trying to suggest Wright take some “hush money” to shut up for the rest of the 2008 campaign. Media interest? Pretty much zero.

That's just over the last few days. My conclusion?

Buh-bye, old media. Don't let the door hit you on the ass on your way out.


Note: if you missed headlines from your favorite news source, you can use the BadBlue news service database to get an up-to-date list sorted by popularity or date. Here's an example for NewBusters: http://badblue.bitnamiapp.com/d.php?did=newsbusters.org.

Did you ever hear a joke on The Daily Show, The Colbert Report, Saturday Night Live, Jimmy Kimmel Live and the rest about Elizabeth Warren? Yep, it's that bad.

I've said over and over that the media defines itself by the stories that it does NOT cover.

Major, major fail. The media is in the tank for Democrats for yet another election cycle.

It would be sad if the lame stream media hadn't become a zombified left shill horror by the middle of the last century. The good thing, as you noted, is that they have lost the ball. They might as well be beatnik "poets" in a tea shop in Soho or something for all the influence and information handling they have in their court.

If a reporter writes in a vacuum does it still stink?

Considering the news about the New Orleans Picayune degrading to become a 3x a week publicaton, thereby creating the first major city not to have a daily paper, it seems the old media's importance has truly begun to happen.

Actually they aren't acting any differently than they ever did.

Gatekeeping is, and has been, their major goal. Keeping information away from you is more important, to them, than informing you.

Then, when you only have their information, they hope you decide their way

L.A. Times is still on life support: Ford Foundation has given them a million bucks. It can't go on forever, can it?

Will anyone miss the old media? Only the old media apparently. And they will probably ignore the story of their demise to report on some unsubstantiated bullying rumor against Romney.

Frankly, I'd never know the MSM wasn't reporting major news because I don't bother with them anymore anyway.

Barry Popik:
Major, major fail. The media is in the tank for Democrats for yet another election cycle.

Why shouldn't they? It worked for them last time, didn't it?

Change 'literally' to 'figuratively'. I like this blog and any imperfection will be cited by opposing forces.

"People have the Internet. They read The Drudge Report. They listen to talk radio. They read blogs."

How many? What percentage?

Just because you do, and I do, does not mean "people" do.

I wish that what you say were true; but it isn't.

The majority of people who get ANY news, get it from their LOCAL NETWORK NEWS (i.e. the OLD media).

Before criticizing an echo chamber, you should check to be sure YOU'RE not in one.

I agree with anonymous above. The papers may be hemorrhaging but a lot of people get their news from TV, especially local stations/affiliates. This may be generational but it will probably hold true for a while.

Still, yourlarger point holds: the msm is no longerthe gatekeeper amd they are suffering.

Thanks for the work you do btw Mr. Ross.