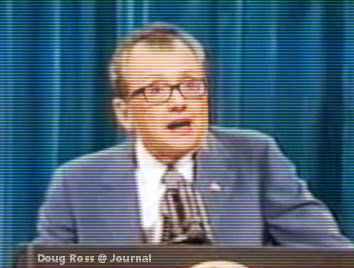 Last Friday, a federal court judge did something we had never seen before – U.S. District Court Judge Reggie B. Walton reopened a Judicial Watch Freedom of Information Act (FOIA) lawsuit. The lawsuit had sought documents about an advertisement intended to air in Pakistan entitled “A Message from the President of the United States Barack Obama and Secretary of State Hillary Clinton.”

Judge Walton issued the ruling on Friday, May 8, in response to a joint motion by Judicial Watch and the State Department. This is historic. My attorney colleagues at Judicial Watch tell me they are aware of no precedent of another FOIA lawsuit being reopened by a federal court.

Judicial Watch filed suit in December 2012, after the State Department failed to respond to a September 24, 2012, FOIA request for all records concerning the advertisement produced by the U.S. Embassy in Islamabad intended to air in Pakistan. The advertisement was an absurd and dishonest “apology” for the Internet video that President Obama, then-Secretary of State Clinton, and other administration officials falsely blamed for inspiring “spontaneous demonstrations” resulting in the attack on the U.S. Special Mission Compound in Benghazi, Libya. The disgusting ad was a misuse of tax dollars and part of the cover-up of the truth about the Benghazi terrorist attack.

That being said, we ended the lawsuit after we were told that the State Department searched Hillary Clinton’s office but found no records. In November 2014, JW agreed to dismiss the suit based, in part, upon the State Department’s claim that its search “of the Office of the Secretary, the Office of the Executive Secretariat, and the U.S. Consulate General in Peshawar have been completed and have resulted in the retrieval of no documents responsive to your request.”

In the compromise joint motion, JW and the State Department asked Judge Walton to reopen the lawsuit under a federal court rule allowing for consideration of “newly discovered evidence:”

In March 2015, media sources reported that former Secretary Clinton, and possibly other senior State Department officials, used non-“state.gov” email account to conduct government business. Thereafter, [Judicial Watch] informed the Department that based on this information, which was previously unknown to [Judicial Watch], it would seek to reopen the case.

This court ruling, once again, shows that Judicial Watch’s various litigation is the last, best chance to make public any secret emails of Hillary Clinton and her appointees at the compromised State Department. I told you last week about JW’s massive new court push, which included the filing ofseven new FOIA lawsuits about the Clinton email scandal, including emails of her top aide Huma Abedin and records about the Benghazi and Clinton Foundation scandals. We also just filed a lawsuit for records on Hillary Clinton’s use of an iPad and iPhone.

There are approximately 18 other lawsuits, 10 of which are active in federal court, as well as about 160 Judicial Watch FOIA requests that could be affected by Clinton and her staff’s use of secret email accounts to conduct official government business. In Judicial Watch’s various FOIA lawsuits, lawyers for Judicial Watch have informed attorneys for the Obama administration that Hillary Clinton’s and any other secret accounts used by State employees should be secured, recovered, and searched. Judicial Watch’s litigation against the State Department has already exposed key documents about both the Benghazi and Clinton cash scandals.

While we are opening new avenues inquiry and new lawsuits, we are still awaiting word from another court on a separate bid to reopen a FOIA lawsuit over records about Clinton aide Huma Abedin’s controversial work arrangements.

Our team is asking the court to reopen a case under a rule that allows a party to reopen a case due to “fraud (whether previously called intrinsic or extrinsic), misrepresentation, or misconduct by an opposing party”:

The State Department had an obligation under the Federal Records Act to properly preserve, maintain, and make available for retrieval records of its official functions. In fact, it is the obligation of the head of every federal agency to do so. Secretary Clinton plainly violated her own legal obligations. Doing so was misconduct.

The State Department did not originally oppose the idea that Clinton’s misconduct justified reopening this other case.

This decision by a federal judge to reopen our Clinton-Benghazi lawsuit is an extraordinary legal development that spells real trouble for Hillary Clinton and the Obama administration.

There is also no precedent for Hillary Clinton’s stealing, hiding, and destroying State Department records. Rather than defend its and Hillary Clinton’s fraud on the courts overseeing this and other FOIA lawsuits, the State Department stood down and joined Judicial Watch in asking for the lawsuit to be reopened. The Clinton machine may run rings around Congress and much of the media, but I suspect this cover-up effort won’t work as well on federal judges in Judicial Watch’s two dozen lawsuits.

Our big victory garnered national headlines and coverage from outlets such as Fox News. You can see a special JW Fox News interview on the topic here.

Thanks to your support, JW is able to act and get what you and almost every other American want done –someone, indeed anyone, to do something effective about politicians like Hillary Clinton who think they are above the law. In this case, we are so effective that we even forced the Obama administration to take action!

You can support the important work of JudicialWatch by clicking here..

Awesome work, JW. Keep it up to help save this beleaguered republic from the unconstitutional, thuggish acts by lawless tyrants.