SOUNDS SUSTAINABLE TO ME: Nearly $30,000 of debt for every man, woman and child on the entire planet 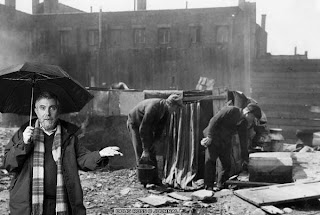 Did you know that there is more than $28,000 of debt for every man, woman and child on the entire planet? And since close to 3 billion of those people survive on less than 2 dollars a day, your share of that debt is going to be much larger than that. If we took everything that the global economy produced this year and everything that the global economy produced next year and used it to pay all of this debt, it still would not be enough. According to a recent report put out by the McKinsey Global Institute entitled “Debt and (not much) deleveraging“, the total amount of debt on our planet has grown from 142 trillion dollars at the end of 2007 to 199 trillion dollars today. This is the largest mountain of debt in the history of the world, and those numbers mean that we are in substantially worse condition than we were just prior to the last financial crisis.

When it comes to debt, a lot of fingers get pointed at the United States, and rightly so. Just prior to the last recession, the U.S. national debt was sitting at about 9 trillion dollars. Today, it has crossed the 18 trillion dollar mark. But of course the U.S. is not the only one that is guilty. In fact, the McKinsey Global Institute says that debt levels have grown in all major economies since 2007. The following is an excerpt from the report…

Seven years after the bursting of a global credit bubble resulted in the worst financial crisis since the Great Depression, debt continues to grow. In fact, rather than reducing indebtedness, or deleveraging, all major economies today have higher levels of borrowing relative to GDP than they did in 2007. Global debt in these years has grown by $57 trillion, raising the ratio of debt to GDP by 17 percentage points (Exhibit 1). That poses new risks to financial stability and may undermine global economic growth.

What is surprising is that debt has actually grown the most in China. If you can believe it, total Chinese debt has grown from 7 trillion dollars in 2007 to 28 trillion dollars today. Needless to say, that is absolutely insane…

China’s debt has quadrupled since 2007. Fueled by real estate and shadow banking, China’s total debt has nearly quadrupled, rising to $28 trillion by mid-2014, from $7 trillion in 2007. At 282 percent of GDP, China’s debt as a share of GDP, while manageable, is larger than that of the United States or Germany. Three developments are potentially worrisome: half of all loans are linked, directly or indirectly, to China’s overheated real-estate market; unregulated shadow banking accounts for nearly half of new lending; and the debt of many local governments is probably unsustainable. However, MGI calculates that China’s government has the capacity to bail out the financial sector should a property-related debt crisis develop. The challenge will be to contain future debt increases and reduce the risks of such a crisis, without putting the brakes on economic growth.

What all of this means is that our long-term global economic problems have gotten much, much worse. This short-lived period of relative stability that we have been enjoying has been fueled by unprecedented amounts of debt and voracious money printing. Anyone with half a brain should be able to see that this is a giant financial bubble, and in the end it is going to unwind very, very painfully. The following comes from a Canadian news source…

At the beginning of 2008, government accounted for a smaller portion of the debt pie than corporate, household or financial debt. It now exceeds each of those other categories.

“The current situation is much worse than in 2000 or 2007, and with interest rates near or at zero, the central banks have already used up their ammunition. Plus, the total indebtedness, especially the indebtedness of governments, is much higher than ever before,” said Claus Vogt, a Berlin-based analyst and co-author of a 2011 book titled The Global Debt Trap.

“Every speculative bubble rests on some kind of a fairy tale, a story the bubble participants believe in and use as rationalization to buy extremely overvalued stocks or bonds or real estate,” Mr. Vogt argued. “And now it is the faith in the central-planning capabilities of global central bankers. When the loss of confidence in the Fed, the ECB etc. begins, the stampede out of stocks and bonds will start. I think we are very close to this pivotal moment in financial history.”

But for the moment, the ridiculous stock market bubble continues.

A dizzying mix of bold ideas and lavish investments has catapulted dozens of privately held start-ups to unicorn status, defined as having market valuations of at least $1 billion often without soaring revenues to match. Social-sharing site Pinterest has soared to $11 billion. Ride-hailing company Uber is now worth a staggering $50 billion.

How long can the party last?

And these days, Wall Street even rewards companies that lose huge amounts of money quarter after quarter. For example, just check out what happened when JC Penney announced that it only lost 167 million dollars during the first quarter of 2015…

Yippee!!! JC Penney ONLY lost $167 million in the first quarter. The Wall Street shysters are ecstatic because they BEAT expectations. Buy Buy Buy.

This loss now brings JC Penney’s cumulative loss since 2011 to, drum roll please, $3.5 BILLION. They haven’t had a profitable quarter in over four years. But, they are always on the verge of that turnaround just over the horizon.

Wall Street has told you to buy this stock from $42 in 2012 to it’s current pitiful level of $9. They tout the wonderful 3.4% increase in comparable sales. They fail to mention that first quarter 2016 sales are only 30% below first quarter sales in 2011.

They fail to mention that JC Penney burned through another $274 million of cash in the first quarter. Their equity has dropped by $1 billion in the last year, while their long term debt has gone up by $500 million.

This is how irrational Wall Street has become. JC Penney is ultimately going to zero, and yet there are still people out there that are pouring huge amounts of money into that financial black hole.

Sadly, the truth is that Wall Street is headed for a very painful awakening.

What we are experiencing right now is the greatest financial bubble of all time.

What comes after that is going to be the greatest financial crash of all time.

What makes this particularly poignant is that the "loans" spoken of here have been made by the only creditor incapable of refusing to lend: unborn future generations. But that's not all: we're also systematically preventing those creditors from either collecting on those loans or helping to pay them down by killing them off before they can leave the womb.

The world of high finance could learn a lot from the world of government, eh?