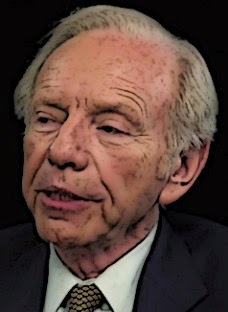 The emerging nuclear deal with Iran would only result in a “temporary turning down” of Iran’s nuclear program rather than ending it, former Sen. Joseph Lieberman (D – Conn.) told the Jewish Telegraphic Agency (JTA) in an interview published yesterday.

Lieberman also characterized Israeli Prime Minister Benjamin Netanyahu’s speech before Congress in March as “a plus.”

In the lead up to the speech, Lieberman urged his fellow Democrats not to stay away, calling Iran “the greatest threat to the security of America and the world.”

There is too much on the line in the negotiations with Iran for members of Congress to decide not to listen to what Netanyahu, or any other ally, has to say on this subject. Just as British Prime Minister David Cameron deserved respectful attention when he called individual members of Congress recently to ask them to delay adopting more sanctions on Iran, and the foreign ministers of Germany, France and Britain deserved respectful reading when they made the same appeal to Congress in an op-ed in The Post, so too does the prime minister of Israel deserve to be listened to respectfully by members of Congress when he speaks next week.

At this very unstable moment in history, we cannot and must not avert our attention from what remains the greatest threat to the security of America and the world.