OBAMA GOES FULL TOTALITARIAN: "We're going to have to change how the media reports"

John Nolte catches the president showing not just a little ankle, but revealing his entire leg. 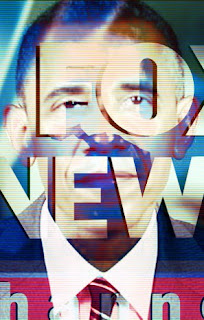 For going on seven years we have learned three things about President Obama: 1) He loves the poor so much he continues to create more of them. 2) He loves the poor so much he does everything in his power to keep them poor. 3) He doesn’t see the opposition as loyal, but as bad players — his enemy. This is especially true of Fox News, which Obama ripped as anti-poor bigots during a Wednesday afternoon summit on poverty.

...What was most revealing about the president’s comments was his expressed desire to “change how the media reports.”

After seven failed years, to watch Obama sit there and discuss the poor as though he is part of the solution and not the problem, is laughable.

As Nolte reminds us, Obama is completely unfamiliar with poverty and struggle. From prep schools to the Ivy League, his upbringing was one of exclusivity, privilege and wealth:

The closest Obama has ever come to experiencing anything close to poverty was during his time as a community organizer in Chicago. And in that dynamic, the poor were just pawns for Obama to manipulate to achieve his political ambitions.

Obama knows nothing of struggle, or what life is like for those who do. And after 7 years of his failed economic policies, we also know he doesn’t give a damn enough about the poor to change his policies in a way that might actually help them.

Obama likes poor people fine — he likes them dependent on the government.

He also likes the news media to do what it’s told.

Uhm, and Mr. President, what about the millions on welfare who are able-bodied fraudsters, illegal immigrants and other leeches who are abusing the system?

After all, your own government reports that there billions are wasted on food stamps that are used fraudulently.

Or is your own government racist?

Many, many things need changing you Liar - but FOX News is not one of them.

Noises from this community organizing bus tell me Obama needs a new Tranny, and America needs a new President.

"We" have been changing it Mr preezy that's why you don't like it. You can't stand opposition of any kind. Go back to your golf game...