Remember When Barack Obama Tried to Silence Political Speech in 2007? 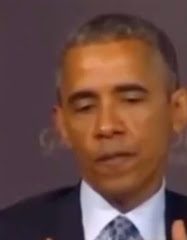 Signs of how Obama thinks about dissent and free speech were evident in a bill he tried to pass in 2007. The bill would make lying a federal crime if it concerned politics around election time.

By rights, that should put Obama in prison but it’s geared to set up Republicans.

Barack Obama’s answer is always to add big government control and he wants to do it if a politician or someone loosely tied to a politician lies or appears to have lied. It would have a chilling effect on political speech.

In 2007, then-Senator Barack Obama and Senator Chuck Schumer introduced S. 453, the Deceptive Practices and Voter Intimidation Prevention Act of 2007, a bill which was reintroduced in 2009 by Sen. Conyers and then again in 2011 by Senators Schumer and Cardin.

It was unnecessary since voter intimidation is already illegal but it had a clause that distinguished it.

The bill criminalized misinformation about date, place, time of elections and eligibility to vote. A mistake could be misconstrued as a criminal lie.

It makes lying a federal crime punishable by a $100,000 fine and up to five years imprisonment.

It also made it a crime, among other things, to communicate the explicit endorsement by any person or organization for the upcoming election of a candidate to any office of President, Vice President, presidential elector, Member of the Senate, Member of the House of Representatives, or Delegate or Commissioner from a territory or possession sixty days before an election.

The bill could be weaponized against political opponents. It is posing as a law to protect minorities who are Democratic supporters and it would be aimed at attacking Republicans, Conservatives and Libertarians.

The original basis for it was an alleged lie on a Republican flier. Whether the flier was deceitful or not is irrelevant. Criminalizing alleged lies on political fliers is thought policing.

How would the DOJ define “intent”? Who decides it’s a lie or a mistake?

It was portrayed by Chuck Schumer as narrowly defined so it wouldn’t infringe on free speech but that’s not true. It would make politicians, ad makers, anyone involved in a campaign afraid to say much of anything for fear of making a mistake and ending up in jail.

Senator Cardin said the First Amendment does not protect against fraudulent speech. We are going to decide what speech is fraudulent?

Using protection of voter’s rights as a front, it silenced free speech.

The law requires the DOJ to report to Congress and, in doing so, recognizes the power of Congress to prohibit racially discriminatory tactics in elections under the Fifteenth Amendment, Voting Rights Act, and the general power of Congress under Article I, Section 4 of the Constitution to regulate the “times, places, and manner” of federal elections.

That would make it into a “civil right protection” while silencing free speech.

Barack Obama is still trying to control our free speech and we can look forward to Senator Schumer taking Harry Reid’s place as totalitarian of the Senate. What a deal.

Listen to our Marxist president speak on the issue.

He pretends to be reasonable while being completely unreasonable. Dear Leader really does want to change how our body politic thinks and he does want to control the media.

It's about time that our more principled politicians called on the Thug-in-Chief to change the way he thinks.