Caught on video, a driver for a DHS transport bus told some folks at a California gas station that he was transporting Somali and African immigrants to detention centers in Victorville, CA. 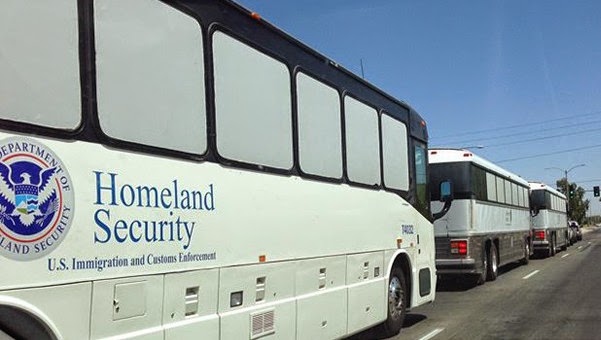 Here you’ll see the video of a large, touring-bus-sized vehicle with covered windows, and featuring the logo of the Department of Homeland Security. The video was taken by Anita Fuentes on the corner of Route 395 and Bear Valley Rd in Victorville, CA about 161 miles away from the Mexican Border.

Just how much of this is going on?

'Just how much of this is going on?'
What the fuck do you care?
You and far too many other 'Patriots' don't do a Goddamn thing about the waves of illegals walking across the open southern border, in broad daylight, day after motherfucking day!

I'd have to agree with cav med but the language is rather retarded.