This is a post by Geoff B., once thought lost in the great pub crash of 2009 and recovered via the Wayback Archive. Its original publication date was December 24, 2008. Kindly restored by Camp o' the Saints and slightly edited by mois.

One of the basic differences between the Progressive Left and Conservatives/Classical Liberals is on whether or not humans can be, or be made, perfect in this world. The perfectibility of mankind. 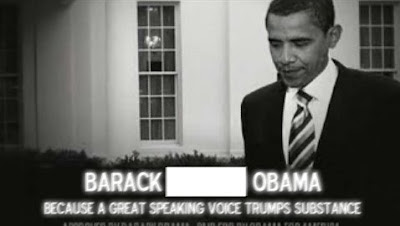 To Conservatives humans can never be perfect in this world. For religious conservatives man achieves perfection only when joined with God. In this world perfection is to strive for, but will never be achieved. Failure happens to all and is forgivable. One should acknowledge one's failures and vow to avoid repeating the mistake. Apologize to those injured. Seek forgiveness. Show remorse. Make amends. Be punished if society deems it necessary. In politicians, as in others, perfection is not sought. The perfect not being possible, Conservatives then seek the best available in an imperfect world of choices.

For the progressive Left and the socialist Left, humans are perfectible. The imperfections seen are explained as due to the circumstances that people are in, how they were brought up, how they were educated, or how they were treated and seen by society. To the left people would be perfect if the world around them could be transformed to retain their innate perfection. This is the Utopia sought. The world must be perfected so all humans will be perfect.

Politics is the means used to structure this perfect world for all humans. Force, of course, is required to change the world into the perfect state so that all will live in perfection. This brings up an interesting dichotomy.

In order to change the world so that humans will be perfected, it must be that someone has discovered the method that will perfect all humans. That person will have to be perfect.

They will have either lived a life where the circumstances of their life allowed their innate perfection to remain pristine and thus their whole life is the method to perfection. Libraries of books are devoted to minute examination of the immaculate life of the "Dear Leader" in these cases. Conversely, they may have discovered the way to transform their imperfect life into a state of perfection. This leads to books describing the path to perfection. Either way they are the perfection of humans. Being perfect they will naturally rise to the leadership of those seeking to perfect humans, i.e., the left.

All charismatic leaders on the left are assumed to be a perfect human incarnate. They can do no wrong. They are infallible. And they must be perceived as perfect always, every time, everywhere. If shown to be fallible, then their leadership must be rejected.

Failure, in a leader, is not an option on the progressive left. Any failures brought up by their political enemies must be vehemently -- even violently -- rejected as lies. The leader's failure surely lies farther down the management chain with some minion who will be chastised and then summarily dismissed. Because acceptance of a fallibility on the part of the leader is certain cause to toss that person aside in a resumption of the search for “The One” who will lead mankind to perfection.

This also leads to the belief that asserting or proving the fallibility of leaders on the conservative side will cause those leaders to be rejected by conservatives. When this doesn't happen, because conservatives don’t consider their leaders to be anything other than fallible humans, the left finds it inexplicable.

We must be in perfect harmony with every move, every position, every word spoken by a Reagan, a Cruz, a Limbaugh, a Levin, or any other person seen as a leader on the right.

When we aren't, and instead find their perplexity amusing, the left is flummoxed. Likewise, we can't comprehend their rejection of any imperfection in whoever is the perceived leader on the left. Obama in 2008, Bill Clinton in the nineties, and countless leftist leaders of days past. So much time and energy of the left is spent rewriting all of reality to conform with the belief in a leaders perfection.

It is the main occupation of many academics, journalists, and most trolls.

Modern liberals are walking down the same paths as liberals in previous ages, even if they are not aware of what exactly they are doing. Liberalism, as secular as it thinks it is, is rehearsing the Gnostic narrative. This is not my own pet theory. Consider the following:

"The more we come to know about the gnosis of antiquity, the more it becomes certain that modern movements of thought, such as progressivism, positivism, Hegelianism, and Marxism, are variants of gnosticism."
-- Eric Voegelin, Science Politics and Gnosticism, Two Essays, 1968.


Here is a succinct explanation of this process from British philosopher R.T. Allen:


"To understand [alienation] we have to go back behind Hegel, the immediate
source of Marx's ideas, to Hegel's own ultimate source: viz. Gnosticism.
For alienation is the central theme of Gnosticism, along with the
saving knowledge of how we became alienated, and from what, and of
how we can escape from it. That theme is summarized in the Valentinian
formula:

'What liberates is the knowledge of who we were, what we became;
where we were, whereinto we came; what birth is and what rebirth.'

All the Gnostic texts, though they differ in details, declare that we are
strangers, aliens, sparks of Light or Spirit trapped in evil matter. They
recount the cosmic process whereby the circles of the world have been
created, by ignorant or evil creators and not by the Light, and whereby
we have become entrapped in the midmost or deepest dungeon. Finally
they impart the knowledge needed to escape back to the one Light
whence we have come and which is our real home.

This is the pattern of thought that Hegel took over. But, rejecting all
other-worldliness, he sought to reconcile men to this world, of nature
and society, from which they had become estranged. We are the vehicles
of a self-creating Geist which, in order to become and to know
itself, has gone out into what is most alien to itself—the merely physical
world of Newtonian science—and is progressively coming thence to its
full self-realization and self-knowledge in and through human life and
history. With this knowledge, given by Hegel's own philosophy, man's
alienation from the world is in principle, overcome although Geist has
not yet fully realized itself in the world.

Marx took from Hegel two basic themes of Gnosticism, which Hegel
had secularized, and re-interpreted them in his own way: viz. the
cosmic drama of a fall into alienation from nature and one's fellow men,
and the saving knowledge, Marxism, which explains this and the way
out of alienation back to an unalienated existence. But in one central
respect Marx did not fully learn the lesson that Hegel had to teach him
about modifying ancient Gnosticism.

The Gnostic texts state that we are sparks of Light or fragments of
Spirit (pneuma), and imply that we are distinct from each other and
from the Light or Spirit only because of our fall or seduction into the
circles of the world. As we fell through each circle, we were clothed
with an outer covering. The return to the Light will be a reversal of that
process, so that, as we pass back through each circle we shall strip off
each coating. Consequently, but this is never stated, as far as I know, at
the end of that process each spark or fragment will cease to be distinct
and will merge back into the One Light or Spirit. Hence the End will be
the same as the Beginning."

-- For the progressive Left and the socialist Left, humans are perfectible. --

This is an axiom held by a subset of those who describe themselves as Left. That subset is composed of the "Mean-well" types, who sincerely believe in the Progressive / Socialist ideology as the way to general betterment. That may well be the majority of Left-aligned persons, but it's not all of them. The Left's strategists and tacticians are wholly concerned with acquiring and maintaining power, and use all pretenses of benevolence merely as means to that end.

The whole 'progression' (or devolution into perversion, irrationality, violence, chaos and madness) of the left from the Gnostics to the Marxists to the leftists of today is an old story, evidently not the first descent into paganism, totalitarianism and hedonism throughout the ages. It is summarized in the first chapter of Romans. Verse 21 is the key to all the downward decadent descent that is described in the remaining verses.
https://www.biblegateway.com/passage/?search=Romans+1