The Goldberg interview with Obama reads like a conversation with an idiot. Actually make that two idiots, both of whom are also compulsive liars. 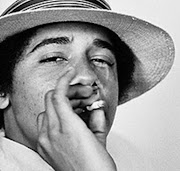 One of the highlights of their insane exchange is when Obama tries to insist that Iran won’t be more dangerous if it gets another $150 billion.

Obama: The question is, if Iran has $150 billion parked outside the country, does the IRGC automatically get $150 billion? Does that $150 billion then translate by orders of magnitude into their capacity to project power throughout the region?

So Obama brings out the math, and by math, I mean specious arguments and assorted distractions.

“And that is what we contest, because when you look at the math, first of all they’re going to have to deliver on their obligations under any agreement, which would take a certain period of time. Then there are the mechanics of unwinding the existing restraints they have on getting that money, which takes a certain amount of time.”

Which matters to Obama because he wants it to happen when he isn’t on the hook for it, but doesn’t help anything. Well it helps him avoid responsibility.

Then there’s the expected stuff about how Iran will use that money to make life better for its people,”Then [Iranian President] Rouhani and, by extension, the supreme leader have made a series of commitments to improve the Iranian economy, and the expectations are outsized. You saw the reaction of people in the streets of Tehran after the signing of the agreement.”

Even as a brief white later, he argues that sanctions don’t work because, “Well, and the issue though with respect to rockets in south Lebanon is not whether [Iran has] enough money to do so. They’ve shown a commitment to doing that even when their economy is in the tank.”

This in an interview in which Obama had just claimed that sanctions stop Iran’s expansionism.

Within a space of several minutes, Obama has argued that…

3. It doesn’t matter how much money Iran has because it will spend it on weapons anyway

4. If Iran gets more money, it will spend it on the economy instead of weapons

This is Obama’s insane Iran argument in a nutshell. There’s no central premise except that he promises it will work and then contradicts himself more times than a drunk trying to solve a crossword puzzle.

Obama argues that it’s fine if Iran gets $150 billion to play with because the stuff is doing now is cheap anyway and it won’t be that much more dangerous.

“Hezbollah has a certain number of fighters who are hardened and effective. If Iran has some additional resources, then perhaps they’re less strained in trying to make payroll when it comes to Hezbollah, but it’s not as if they can suddenly train up and successfully deploy 10 times the number of Hezbollah fighters that are currently in Syria.”

Look at how ISIS wasn’t able to scale up to thousands of fighters and seize entire cities when its capacity increased. I have a great idea, why not give $150 billion to ISIS and see what happens?

Are we now in the business of giving terrorists billions of dollars because they probably won’t be able to do too much more damage?