The Obama administration likes to help Iran out on the nuclear issue. In the end, we will have Obama’s legacy.

On Monday, Iran demanded Israel give up their nuclear weapons, saying that failure to do so could kill the Mideast nuclear ban initiative. Coincidentally, on Thursday, the U.S. pressed Israel to get rid of their nukes because it would bring other nations into discussions on the matter.

Israel National News: US Pressing Israel to Lose Its Nukes 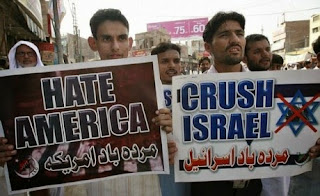 Assistant US Secretary of State for International Security and Nonproliferation, Thomas Countryman, held talks in Israel with senior Foreign Ministry officials, about the possibility of making the Middle East nuclear-free on Thursday.

The State Department confirmed Countryman’s visit and sources in the US Administration said that Israeli agreement to the idea would be a catalyst for bringing additional countries into discussions on the matter.

This is while our allies and other terrorist nations including ISIS are seeking nuclear weapons.


Fars News Agency: Iran leads calls by non-aligned nations for Israel to give up its nuclear weapons

Iran on Monday led calls by non-aligned nations for Israel to give up its nuclear weapons as a major conference got underway on advancing prospects for a nuclear-free world.

The Disarmament Conference in New York has come and gone (ended May 22), while Western diplomats claim proposals could torpedo the process and push Israel to walk away!

Failure to reach an agreement on the issue could kill the Mideast nuclear ban initiative. The developing nations say the UN should convene another conference on a regional ban of nuclear weapons. They also demand Israel immediately join the NPT (Non-Proliferation Treaty).