Illinois taxpayers learned this week that they are essentially slaves if they live in the state of Illinois.

The Illinois Supreme Court just ruled that public pensions do not have to abide by the laws of mathematics. This means taxpayers are on the hook for actuarially impossible to pay pensions for public employees. 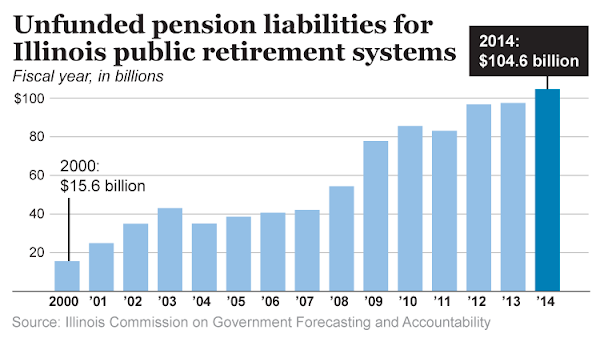 The Illinois Supreme Court's decision to strike down a landmark pension law also blew up Republican Gov. Bruce Rauner's budget plan and put pressure on him and the Democratic-led legislature to swiftly increase taxes to resolve state government's financial crisis. 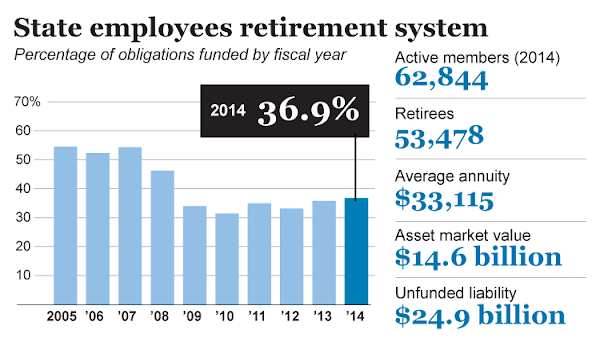 The unanimous ruling Friday declared ironclad a state constitutional guarantee that public worker pensions cannot be reduced. That left Rauner and lawmakers with few politically palatable options to fund retirement benefits and come up with billions of dollars to plug a huge budget shortfall. 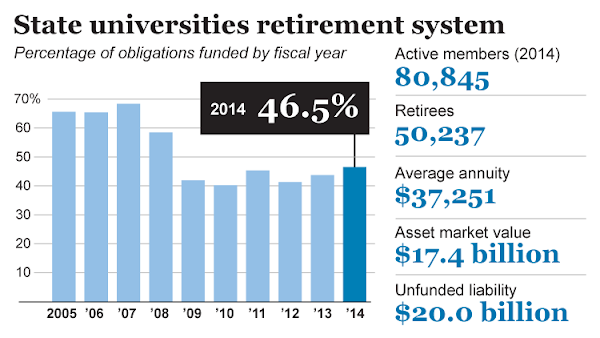 The first-year governor wants to shift veteran public workers into a cheaper retirement benefit plan — something he is counting on to eliminate one-third of an estimated $6.6 billion budget deficit for the fiscal year beginning July 1. The court's decision appears to have closed that avenue. 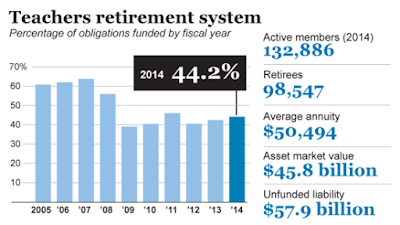 As we warned more than five years ago, class conflict is here between those who are tax consumers and taxpayers.

Do you really think Illinois politicians are capable of running anything? Would you want them running your health care system when they refuse to apply basic math to government?

Where was Illinois State Senator Barack Obama on this "weighty" issue? I think you know the answer.

As the great economist Murray Rothbard has clearly stated: We are not the state.