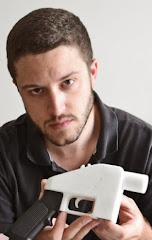 A Community Activist, a Race-Baiter and a Straw Man walk into a bar….: Treehouse
Obama Threw A Party, But...: Springer's Blog
Racial brow-beating does not equate intelligence, or class: Obiter DIctum

QOTD: "With two Republican presidential candidates of Hispanic background (Cruz and fellow Cuban-American Marco Rubio) and one GOP hopeful that is a woman (Carly Fiorina) and another an African America (Ben Carson), the liberal authenticity police will be out in force. But rather than merely ignore them as Cruz, who kept his cool with Halperin did, this insidious bias needs to be shown for what it is: a desire by the media to delegitimize anyone who doesn’t conform to their ideas about identity politics as interpreted through the catechism of liberal ideology." --Jonathan Tobin

Mark Levin just came out strongly today against the Trans-Pacific Partnership.The Republicans (Mitch McConnell) are working for their crony friends against the American people--and with Barack Obama. Although there was an initial defeat, the corrupt Republicans are still at it.

RUSH LIMBAUGH HAS STILL NOT SAID A WORD ON THE TPP. Limbaugh is not our friend. He's all about counting his money. Limbaugh could sink the TPP with strong words, but he refuses to do so. This is deplorable. What is he waiting for??

This is a trade agreement that's so good for us YOU ARE NOT ALLOWED TO READ IT!