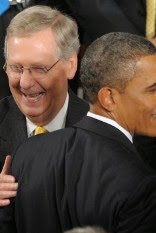 Will American capitalism be a victim of the rise of fascism-lite?: Bookworm
A Simple Infographic to Understand the Choice in 2016: RS
Reports: Hawaii’s Obamacare insurance exchange closing down at cost of $205 million: Twitchy

Carly Fiorina May Not Win, But Facing the Press Isn’t the Issue It Is for Hillary Clinton: Joe Concha
All Our Balls Are Deflated Around Here: MOTUS
Boston U. Professor Under Fire for ‘Problem Population’ Comment About White Men: Tina Nguyen

QOTD: "The candidacy of Carly Fiorina is a fascinating one from a media perspective. She’s a former CEO and political candidate…with both of those pursuits ending with her being dismissed.

The easy line of questioning of Ms. Fiorina has become apparent early and often regardless of the many outlets she’s appeared on since announcing her candidacy last week, and it sounds something like this:

If you got fired as CEO of a company, what makes you think you could be president?

If and when Hillary Clinton—the likely Democratic nominee—actually sits down for a major interview in any capacity, it will be interesting if she’s faced with the same scrutiny regarding her performance in her last job as Fiorina has endured. To that end, feel free to answer these questions: What was Mrs. Clinton’s signature achievement as Secretary of State for five years? And if we’re going through the full LinkedIn page…what was her signature achievement as senator? Why was she fired by Democratic voters in 2008 in favor of another candidate who wanted to be CEO of the party…and of the country for that matter?" --Joe Concha

The Republicans are trying to HELP OBAMA save the TPP trade deal that will destroy the country? I couldn't leave the Republican (crony capitalist) party fast enough.

I'm sorry you linked to Rush Limbaugh. Limbaugh opened his show talking about the NFL. He did not mention the TPP trade pact AT ALL! Rush Limbaugh will not say a word against treasonous Republicans!

It's almost Mark Levin time. I'll bet he doesn't open his show talking about the NFL. I'll be he comes out blazing.

Jon Stewart has been completely silent about the TPP, also. Rush Limbaugh is America's anchorman. Jon Stewart is our most trusted newsman, a national treasure.

Neither Limbaugh nor Stewart has said a word about the Osama bin Laden raid lies. Such is news commentary these days.

Thanks very much, Doug.