First up, relayed by Bradford Thomas, this scimitar from Ted Cruz: 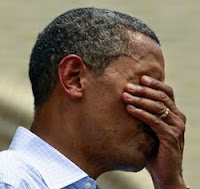 Is there something about the left—and I am going to put the media in this category—that is obsessed with sex? ISIS is executing homosexuals—you want to talk about gay rights? This week was a very bad week for gay rights because the expansion of ISIS, the expansion of radical, theocratic, Islamic zealots that crucify Christians, that behead children and that murder homosexuals—that ought to be concerning you far more than asking six questions all on the same topic.

Next, Ace tells us that "Chelsea Clinton Will 'Publish' Her First Book":

The first of many, I assume. She obviously has so much to say, and such a zest and charisma in saying it.

I note the New York Times says she will "publish" her first book. I guess they're leaving it an open question as to whether she will be writing this gem.

In January, Bloomberg Politics’ Michael Bender reported on the unofficial Bush campaign’s “shock-and-awe” fundraising scheme to “intimidate” rivals out of the race, which is much like George W. Bush’s approach in 1999. W’s boffo numbers, Bender wrote, had sent a signal to “Elizabeth Dole, Dan Quayle, John Kasich and Lamar Alexander to end their campaigns swiftly or decide not to start one.”

Despite raising more money than his brother did, the Jeb Bush campaign has only managed to scare off Mitt Romney.

One of the ways of fighting poverty, [Obama] proposed, was to "ask from society's lottery winners" that they make a "modest investment" in government programs to help the poor.

Since free speech is guaranteed to everyone by the First Amendment to the Constitution, there is nothing to prevent anybody from asking anything from anybody else. But the federal government does not just "ask" for money. It takes the money it wants in taxes, usually before the people who have earned it see their paychecks.

Despite pious rhetoric on the left about "asking" the more fortunate for more money, the government does not "ask" anything. It seizes what it wants by force. If you don't pay up, it can take not only your paycheck, it can seize your bank account, put a lien on your home and/or put you in federal prison.

Finally, historian Victor Davis Hanson crushes the question "Were we right to take out Saddam?"

1. Who authorized the war?

The war was pushed by the Bush administration, but it was authorized by both Houses of Congress, with a majority of Democrats (29 to 21) joining Republicans in the Senate (49 to 1). The authorizations of October 2002 sailed through, with especially enthusiastic rhetoric from Senators Joe Biden, Hillary Clinton, John Kerry, Harry Reid, and Jay Rockefeller, who all had the same access to U.S. and foreign intelligence that the Bush administration did.

The war was not just about WMD. Congress was on record as supporting 23 writs for the removal of Saddam Hussein by force, and at least 20 of them had little if anything to do with WMD. They included Iraq’s noncompliance with the 1991 ceasefire agreement; its “brutal repression of its civilian population,” which included genocide of the Kurds and Marsh Arabs; its 1993 assassination attempt on former President George H. W. Bush; its firing on coalition aircraft enforcing the no-fly zones; its “continu[ing] to aid and harbor other international terrorist organizations,” including one of the architects of the 1993 World Trade Center bombing; its bounties to families of suicide bombers; its aggression against its neighbors — and on and on.

Again, the vast majority of these “whereas” clauses had nothing to do with WMD, but sought, in a post-9/11 landscape, to reify Bill Clinton’s Iraq Liberation Act of 1998. Clinton’s neoconservative resolution had made it the official policy of the United States to remove Saddam Hussein’s regime and promote a democratic replacement.

at 10:08 PM
Email ThisBlogThis!Share to TwitterShare to FacebookShare to Pinterest
Labels: Linkfest, QOTD

Cruz's perfect riposte was met with - wait - a repeat of the same question VERBATIM by mind-numbingly stupid "reporter" who hadn't heard a thing he said.
Sheesh!

The Left HATES Christians and has no problem with muslims exterminating them in national genocides throughout the muslim world.

The Left also HATES America, and seeing Iraq collapse is an absolute joy for them. Ignoring, entirely, the fact that Iraq was a tremendous success thrown away by Obama with his precipitous abandonment, the Left sees ISIS as "proof" that Bush, and Republicans, somehow screwed up Iraq.

Oh, and concern for homosexuals? Again, its just a part of their absolute HATRED for America. Supporting the Gay Nazi's agenda is just part of their deconstruction of what remains of our culture.

The left is trapped in the Machiavellian philosophy, "The enemy of my enemy is my friend." Muslim extremists hate Christians. American liberals hate Christians. Therefore they are obviously perfect allies! The flaw to this brilliant idea is that Muslims hate atheists and secularists about as much as they hate Christians.