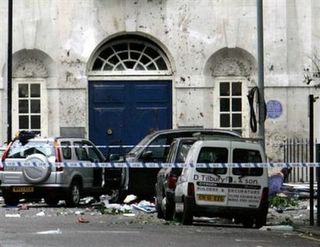 The invaluable Thomas Sowell just nails it in his latest at Townhall:

If Churchill had had to contend with the negativism of today's mediacrats, the British population would today speak German. To the extent that the defeatocrats refuse to take global Islamofascist terror seriously, the electorate should likewise refuse to take them seriously. As candidates, appointed officials, or anywhere near the halls of power.
at 6:03 AM
Email ThisBlogThis!Share to TwitterShare to FacebookShare to Pinterest