Your modern Mediacratic party in action 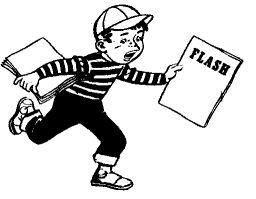 The Telegraph reports that Europe's recent rollup of terrorist cells helps outline the scope of Zarqawi's network. It is thought to encompass 40 countries -- but the Mediacrats would have us believe that the United States isn't one of them, since they'd render the NSA's international wiretaps off limits if they have their way.

But, no, we shouldn't intercept communications from Al Qaeda cells in the US to international destinations. That would violate the terrorists' privacy. At least that's what the Mediacrats are telling us.

Yes, it would be weird, but no weirder than the New York Times choosing to ignore all available legal research behind the NSA wiretap story, including this snippet from a New York Times story dated 11/7/1982:

And it's certainly no weirder than naming Howard Dean the chairman of your party. Or inviting Michael Moore to sit in a presidential box-seat during your convention. Or inventing birdcage liner like the Al Qaqaa story, which was nothing more than a gussied-up cow chip dressed as newsprint and positioned to swing a presidential election. Or dispensing thousands of stories advocating the pursuit of those who disclosed Valerie Plame's identity, but none advocating an investigation of the far more damaging NSA leak.

But, hey, that's your modern Mediacratic party in action.

And, of course, regarding Barone's article: Read The Whole Thing™.
at 6:24 AM
Email ThisBlogThis!Share to TwitterShare to FacebookShare to Pinterest