The unmitigated hypocrisy of the Mediacrats 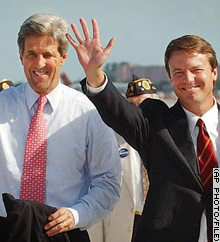 Jed Babbin, writing at The American Spectator describes the legalese in language anyone (even Russ Feingold) should be able to understand.

Oh, and that's right, the Attorney General did approve these international wiretaps. And, as President Bush explained, so did others:

The Belmont Club also notes the ramifications of the glad-handing, serial leakers who used the Times the way Magic Johnson's Lakers used the Clippers:

The Journal pays special tribute to the hypocrisy of the Mediacrats:

Remember, until the Mediacrats take national security seriously, you and everyone you know should vote Republican.
at 6:24 AM
Email ThisBlogThis!Share to TwitterShare to FacebookShare to Pinterest