Fox News reports that Al Qaeda-affiliated websites are distributing a threatening video. In it, the terrorists promise a "big surprise". 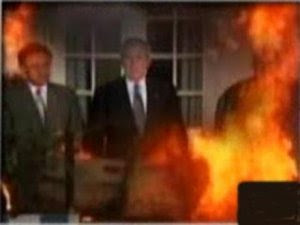 "Coming soon, God willing? Wait for the big surprise," read an Internet banner next to an animation that interspersed photos of Osama bin Laden along with President Bush and Pakistani President Musharraf and a burning White House. 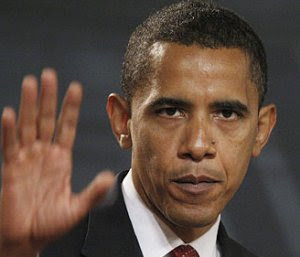 Moments later, the big surprise was revealed when Barack Hussein Obama disclosed his tippity-top secret plan to invade Pakistan. Obama's spokesmen did not answer emails asking whether the burning White House and the attack of a nuclear-armed Pakistan were linked. Hillary Clinton was unavailable for comment due to an unforeseen giggling fit.