Our friendly neighborhood pipe-bomb/fireworks experts are still in jail in South Carolina. The two suspects -- 26-year-old Ahmed Abda Sherf Mohamed and 21-year-old Youssef Samir Megahed -- are both students at the University of South Florida in Tampa. 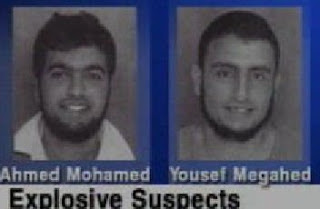 Stratfor offers some interesting details that haven't been widely covered in the press:

* The suspects claim they were hauling fireworks, but the prosecutor says the devices were "pipe-bombs"
* A deputy was "approaching the suspects' stopped vehicle when he saw one of the men close a laptop computer and attempt to hide it..."
* The trunk contained potassium nitrate, sugar, gasoline, PVC pipe, "hobby rocket" igniters, fuses, and an unnamed "suspicious substance"
* Potassium nitrate (saltpeter) is an oxidizer used to manufacture black powder. Improvised explosive devices (IEDs) can be manufactured from potassium nitrate and are reportedly common in many countries. The fuses and igniters could easily be employed to detonate this class of device.
* Gasoline "has no application in model rocketry"
* The PVC device that was disrupted appears at this point to fit the legal definition of a pipe bomb, which is considered a "destructive device" under federal firearms law. As a result, the two men will likely face federal charges such as possession of an unregistered destructive device and interstate transportation of an unregistered destructive device. 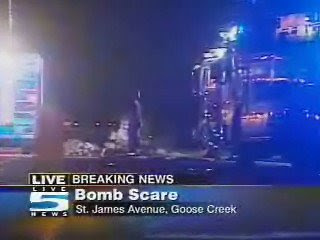 The pair were just seven miles away from a major Naval installation where, reportedly, nuclear weapons are stored.

But maybe the USF students were just on a holiday jaunt that involved shooting off very sophisticated hobby rockets for fun... and they packed a gasoline can with the rockets just in case they got lost... but then they actually did get lost and then they ended up near a large military installation... so they sped up really fast to get away from the military base... and then, when a policeman stopped them for speeding, they hurriedly closed and hid their laptop because they were afraid the cop might see some of their most private Facebook messages.

That's got to be how it went down.
at 9:03 PM
Email ThisBlogThis!Share to TwitterShare to FacebookShare to Pinterest
Labels: Democrats, extremism, War