A quick tour of the left side of the blogosphere 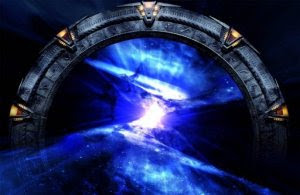 * Over at Daily Kos, a diarist asserts that "George W. Bush's Property Should Be Seized."


* Also at Kos, another diarist accuses Joe Lieberman of questionable loyalty to the U.S. and believes that we should stop supporting Israel. Because, I guess, the Middle East isn't strategic - or something.

* Yesterday at Kos, diarist Randian suggested that no one gave Marxism enough of a chance, noting that "while mainstream Democrats may seek to abstain from ever mentioning the name of Marx, out of fear of appearing 'too far to the left,' Marx’s thinking remains very useful for all those dedicated to progressive causes." Never mind the 94 million dead, according to the Harvard University Press' Black Book of Communism. Never mind the catastrophic economic consequences. Democrats should quietly pursue the Marxist agenda... because, apparently, we haven't given it quite enough time.

You know, if this is the vaunted "realism" of the liberal progressive left, their science fiction stories must be freaking awesome.
at 8:04 PM
Email ThisBlogThis!Share to TwitterShare to FacebookShare to Pinterest
Labels: Democrats