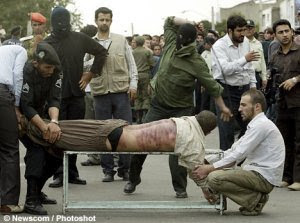 His crimes include "abusing alcohol and having sex outside of marriage." 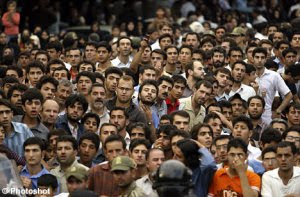 Amnesty International believes thousands of Iranians were flogged in 2006 to go along with 117 executions. Among those punished: a woman, forced into prostitution at age eight, received 99 lashes because of "acts contrary to chasity" [sic]. Earlier this year, a man was flogged "after a copy of the Bible was found in his car."

The mullahs are after a record this year, with 120 executions thus far in 2007. Two victims were under age 18, reportedly killed for acts of homosexuality.

I wonder if Democrats consider this 'cruel and unusual punishment"?