KavkazCenter -- home of the "caucasian mujahideen" -- warns us that the Bush administration "has both the inclination and the power to cancel the 2008 election... ...we must also assume that if it appears to Team Bush/Cheney/Rove that the GOP will lose the 2008 election anyway (as it lost in Ohio 2006) we cannot ignore the possibility that they would simply cancel the election..."

Actually, the extremists at Kavkaz "borrowed" the article from progressive portal Common Dreams. Whether this reinforces the concept of a Democratic/suicidal whackjob convergence is left as an exercise for the reader. 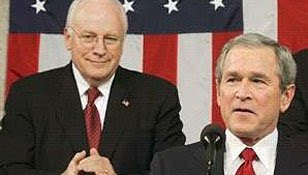 To reinforce the Mujahadeen/progressive message, Howard "Mujaha" Dean was kind enough to drop me a line yesterday.


When the GOP wins elections, Democrats like Dean claim foul play. As for real fraud? Invariably, Democratic front groups like ACORN and ANSWER are involved. In 2006, ACORN registered more than a half million voters nationwide.

But because it was the Democratic Party and organized labor who paid "by-the-head" for the voters, it's fair to wonder how many of these 540,000 voters were real. 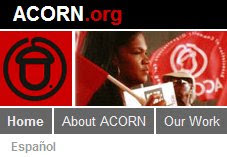 A recent example in the state of Washington involving ACORN was called "the Worst Voter-Registration Fraud in History":


Yes, Governor Doctor Dean, let's suppress laws that require valid identification to ensure that felons, the deceased, illegal aliens, and non-existent "people" won't be disenfranchised. That sounds like the American way to me.
at 6:42 PM
Email ThisBlogThis!Share to TwitterShare to FacebookShare to Pinterest
Labels: Democrats, extremism