Doug from Upland writes to alert us to a viral success story: the shocking trailer for Hillary Uncensored received nearly 110,000 page views on Tuesday. 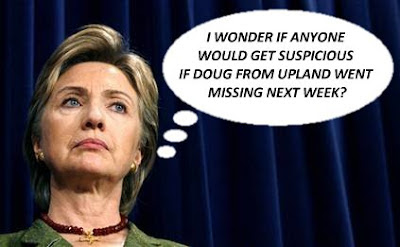 If you haven't taken the time to view the controversial trailer, you'll want to see it. The full documentary will be screened in the following locations -- if you're in the neighborhood, stop by to watch the power, the magic, and the glory that is Hillary Clinton.

A special guest at the Dartmouth and Saint Anselm screenings will be Katherine Prudhomme O'Brien. Katherine because famous for confronting Al Gore at a town hall meeting in late 1999 over Juanita Broaddrick's rape charge against Bill Clinton. A few months ago, she personally confronted Hillary. Hillary pretended to be unaware of someone named Juanita Broaddrick. It wasn't a convincing performance.
at 7:41 PM
Email ThisBlogThis!Share to TwitterShare to FacebookShare to Pinterest
Labels: Hillary