Writing at the invaluable Post -- referring, of course, to the New York Post, not the DNC sockpuppet known as WaPo -- Deroy Murdock offers the following concise summary of O-Fail:

As President Obama concludes his reign of error, his party is smaller, weaker and ricketier than it has been since at least the 1940s. Behold the tremendous power that Democrats have frittered away — from January 2009 through the aftermath of Election Day — thanks to Obama and his ideas: 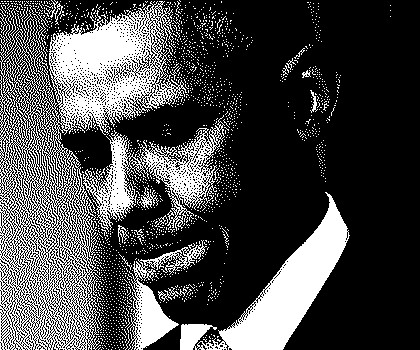 Since Franklin Delano Roosevelt, eight presidents have served at least two terms or bowed to their vice presidents due to death or resignation. Among them, Obama ranks eighth in total state legislative seats that his party preserved during his tenure.

As Murdock observes, the Democrat Party is smaller and weaker now than at any point since the 1940s.

More than 1,000 federal and state-level Democrats were tossed from or denied office as Americans grew nauseated at trillions in "Stimulus" that stimulated nothing, a record-setting 8-years of moribund, sub-three percent GDP growth, a nearly 100 percent increase in the national debt, a revocation of America's AAA bond rating, and the collapse of Obamacare.

Obama plans on staying in Washington and remaining politically active. If the results of his community organizing in Chicago are any indication, President Trump should be quite pleased.

The petulant child-in-chief has taken down his political supporters with him.That is his only real,lasting legacy.If I didn't dislike his policies so much,I'd thank him for that.But I refuse to grant that consolation to the presidency's biggest loser.