IGNORED: The One Hillary Campaign Insider Who Warned That She Would Lose to Trump

A major figure in Hillary Clinton’s presidential campaign warned she was in danger of losing the election days before the vote, but was ignored by the rest of her staff, a new write-up in Politico says.

Glenn Thrush has published a massive piece, “10 Crucial Decisions That Reshaped America,” detailing the key decision points in the 2016 campaign that led to President-elect Donald Trump’s surprising ultimate victory. But buried near the end of the article is a compelling anecdote about the hubris in the Clinton camp that brought about her final defeat.

In the last days of the campaign, Clinton was the overwhelming favorite according to most experts. Polls showed her with a consistent lead in key states, and several advanced forecasters regarded her chances of victory as 90 percent or more. Even FiveThirtyEight, the most pessimistic major forecaster, said Clinton’s chances were greater than 70 percent.

Clinton’s campaign largely shared this optimism, Thrush says, with the exception of one person. 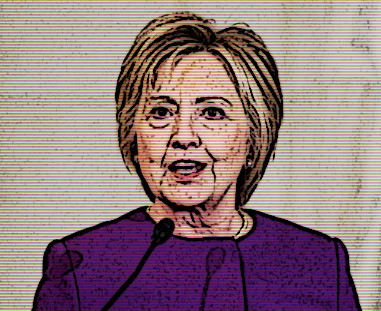 “Jake Sullivan, Clinton’s policy director—a brainy and nervous former State Department aide who took on an increasingly important political role as the campaign ground on—was the only one in Clinton’s inner circle who kept saying she would likely lose, despite the sanguine polling,” Thrush says, citing Sullivan’s friends. “He was also the only one of the dozen aides who dialed in for Clinton’s daily scheduling call who kept on asking if it wasn’t a good idea for her to spend more time in the Midwestern swing states in the closing days of the campaign.”

But the rest of Clinton’s campaign ignored Sullivan, with his warnings being dismissed so quickly, they weren’t even substantively considered.

“They spent far more time debating whether or not Clinton should visit Texas and Arizona, two states they knew she had little chance of winning, in order to get good press,” Thrush says. Just a week before Election Day, Clinton made a campaign stop in Tempe, Arizona.

The end result was that Clinton’s campaign went into the final days utterly convinced the race was in the bag and Trump had no shot.

“On the Monday before Election Day, Clinton’s polling team assured the candidate that she would win, echoing the prediction of nearly every public poll and most of Trump’s own data,” Thrush says.

In the end, though, Sullivan was vindicated entirely. Clinton’s “Blue Wall” in the Rust Belt crumbled, and she suffered shocking defeats in Pennsylvania, Michigan, and Wisconsin by a combined margin of less than 100,000 votes. Had she won all three, she would have been the president-elect. In the case of Wisconsin, she lost narrowly after not bothering to visit the state a single time during the general election campaign.